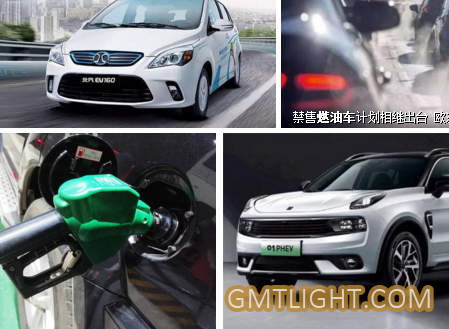 Ministry of Industry and Information Technology has declared a ban on fuel vehicles. Are you ready to embrace electric vehicles?

After many countries and regions have expressed their views on the time table for banning the sale of fuel vehicles, everyone is very concerned about China, the world's largest automobile market, when to give a clear timetable.

No one can give an accurate answer to the question of when the era of fuel vehicles will end, but it certainly won't happen in the distant future, as our generation will surely witness in its lifetime.

In September 2017, Xin Guobin, Vice Minister of Industry and Information Technology, publicly declared for the first time that the government had "started the research work on the timetable for banning the sale of fuel vehicles in China", and since then, the government has not made any further comments.

Finally, on August 20, the Ministry of Industry and Information Technology, in a document in response to the recommendations of the National People's Congress, made a clear statement on the formulation of the exit schedule for fuel vehicles.

Although no specific timetable has been given, we can still capture some useful information from this document:

"In view of the vast territory and unbalanced development of China, we will organize in-depth and detailed comprehensive analysis, research and judgment, take measures according to local conditions and classify policies, support local and local conditions to carry out pilot projects such as replacing urban public transport rental in advance and setting up fuel vehicle restricted zones. On the basis of success, we will make a comprehensive study and formulation. Fuel vehicle exit schedule. "

From the above two statements, we can generally draw the following conclusions:

China's fuel vehicle ban will not only have a one-size-fits-all time node, but will formulate different exit schedules according to different provinces and municipalities.

The withdrawal of fuel vehicles will start from public areas such as buses and taxis, and gradually transit to private areas.

At the same time that fuel vehicles gradually withdraw from the market, energy-saving vehicles such as hybrid electric vehicles will continue to exist for a long time, so there is no need to worry about the future, only pure electric vehicles can be chosen.

But then in many cities, fuel trucks will encounter more and more obstacles than the current one-day limit per week, including a ban in specific areas, and higher congestion and parking fees.

The ban on the sale of fuel vehicles has a great impact on the existing automotive market, and the three major Chinese oil companies need to make new strategies in this regard.

gmtlight President said, "Energy conservation and environmental protection can not stop, the standards of requirements will be higher and higher. As a manufacturer, gmtlight should examine whether each of its products is truly environmentally friendly. It should have an environmental evaluation system for each product now, which is also based on the future development and responsible for the society."