The Statue of Liberty：Liberty Shining the World 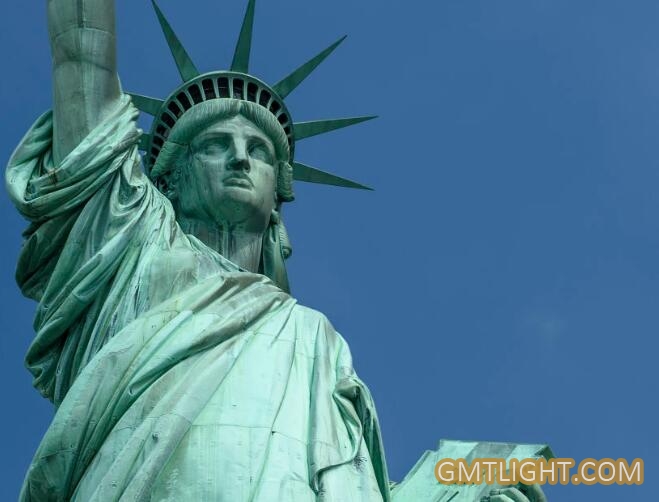 The Goddess of Liberty was dressed in ancient Greek style clothes, with a crown shining in all directions. The seven pointed awns symbolized the seven continents. The torch symbolizing freedom is held high in the right hand and a nameplate in the left hand, engraved with July IV MDCCLXXVI (the date of the Declaration of Independence issued on July 4, 1776); under the feet are shattered handcuffs, shackles and chains, symbolizing freedom from tyranny.

In 1984, the National Monument to the Statue of Liberty was listed on the World Heritage List. Its connotation is widely used in various fields.

The Statue of Liberty is just around the Maritime routes and can be seen from a long distance by passengers entering and leaving the harbor. When the ship sailed into New York Bay, the first thing that came into view was the huge statue. The statue holds the torch in hand, lifts it high in the air, looks ahead and has a graceful posture. Some passengers like to wave to her and some take photos of her.

At night, the torch is illuminated, and the searchlight from the ground of the island to the giant makes the statue of Liberty clearer and more spectacular. When the ship leaves the urban pier, it also passes by her, and the tourists say "goodbye" to her. 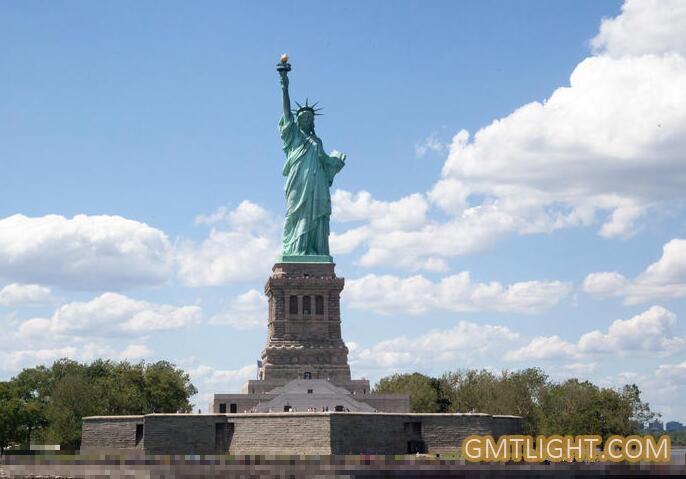