The Moon at Home：LED Light Moon

Of all the planets, the moon seems to be the largest, living with human beings day and night. There are many stories about the moon. In the last century, Americans and Soviets both landed on the moon. 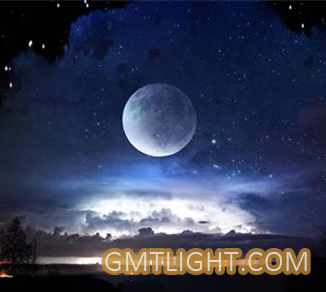 The Chinese have sent Chang'e 4 and Jade Rabbit 2 to visit the moon and are planning to send people to land. gmtlight 3D printing Workshop prints a complete model of the moon based on the surface map of the moon. Because of the use of 3D printing technology, it is an integrated form. Installed in the interior is a device that can charge and light up, and left at home, just like a real moon.

Let's get to know the real moon.

The moon may have formed about 4.5 billion years ago. Shortly after the formation of the Earth, there are several hypotheses about its origin. More factual evidence supports the claim that it was formed by debris from a huge impact between the Earth and Mars-sized celestial body Teea, which gathered around the Earth's periphery and formed a "big collision". Source theory.

On the front of the moon are massive impact craters filled with dark volcanic lava flows, forming a vast plain called the "Moon Sea", in fact, there is not a drop of water in the "Moon Sea". Between the periphery of the Moon Sea and the Moon Sea are bright, ancient plagioclase highlands and prominent impact craters. It is the brightest object in the sky except the sun. Although it is very bright white, its surface is actually very dark and its reflectivity is only slightly higher than that of old asphalt. Because the moon is very prominent in the sky, coupled with regular changes in the lunar phase, it has had a significant impact on human culture since ancient times, such as myths and legends, religious beliefs, philosophical ideas, calendar compilation, literature and art, and customs and traditions.

The Moon's rotation is equal to its rotation cycle (called tidal locking), so the Moon always faces the Earth on the same side. The earth's ocean tides are mainly caused by the gravitational pull of the moon. Because the tidal force of the earth's oceans is contrary to the direction of the earth's rotation, the earth's rotation is always "braked" by an extremely weak force, which has accumulated over a long period of time. There is ample evidence that the earth's rotation cycle is slower and slower, and that the time of a day grows very slowly, increasing in about a few years. Add 1 second; due to the Earth's reaction, the Moon slowly gets farther and farther away from the Earth, about 3.8 centimeters per year. The ratio of the moon's size to the sun's distance is similar, making its apparent size almost the same as that of the sun. During an eclipse, the moon can completely obscure the sun and form a total solar eclipse. 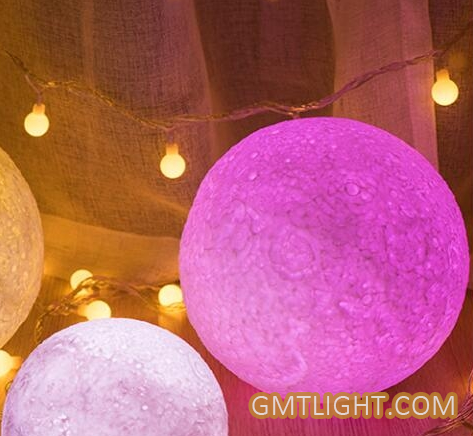 The moon is the first extraterrestrial object ever landed by humans. Lunar probes launched by the United States and the former Soviet Union failed in 1958. In 1959, the former Soviet Union and the United States successfully launched Lunar Explorer and Pioneer Lunar Explorer respectively. In 1969, Apollo-11 of the United States made the first manned lunar landing, and then Apollo-12, 14, 15, 16 and 17. A total of 12 American astronauts landed on the moon to carry out scientific expeditions, collect lunar samples and bury scientific instruments for long-term exploration of the moon. They brought back 381.7 kilograms of lunar samples.  Great increase in human understanding of the origin and evolution of the moon. So far, only these 12 American astronauts have landed on objects other than Earth.

At 10:26 on January 3, 2019, due to the successful landing of the Chang'e-4 probe in the pre-selected landing area near 177.6 degrees east longitude and 45.5 degrees south latitude on the back of the moon, the world's first close-range photograph of the back of the moon was transmitted back to Earth through the Queqiao relay star, which unveiled the mystery of the ancient back of the moon.