China Farmer Made His Own Flying Backpacks

According with Beijing Youth Daily,Mr Shu,53 years old farmer in China, made his own flying backpacks with cost of RMB10000 yuan. 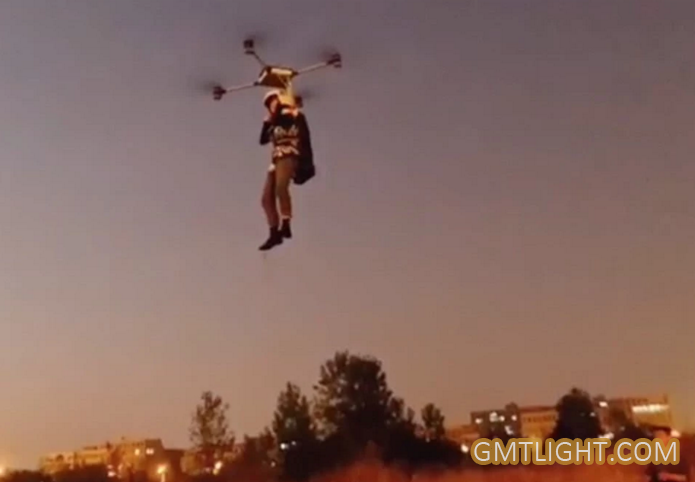 Shu Mansheng, Hubei farmer in China, has launched a new flying backpack, which can carry people for more than ten minutes in the air with four rotors and eight motors. It took the farmer three days to finish the flying backpack, and after dozens of experiments, his son and daughter had experienced the flying test.

Can safety problems be guaranteed when flying in self-made aircraft? He has tried to fly countless times, and Shu Mansheng has been injured dozens of times. In the most serious case, he was thrown out of the plane because the plane was out of control, and the whole person fell to the ground, resulting in a smashed fracture of the sole of his foot. 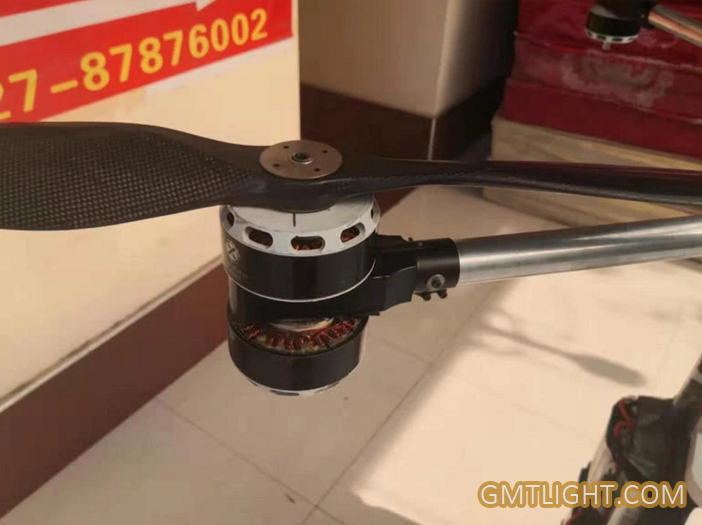 Many netizens, worried about the safety of self-made flying backpacks, also pointed out that unapproved flight test activities may be illegal. According to relevant laws and regulations, only when the aircraft manufacturer, the aircraft itself and the flight test personnel meet the relevant conditions can they organize legal flight test activities, a staff member of Hubei Administration of civil aviation of China said on Tuesday. In order to encourage aviation enthusiasts to carry out aviation activities, the civil aviation department will generally not punish them if there is no harm caused to ground personnel and no consequence. 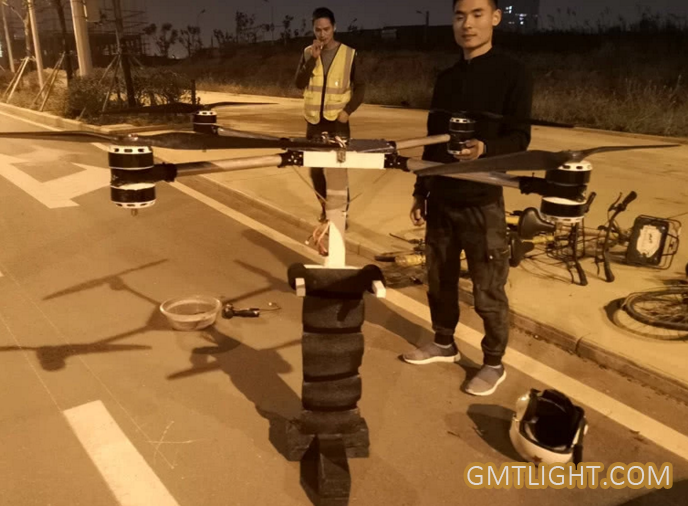 Shu Mansheng told gmtlight of Beiqing daily that compared with other aircrafts, the design of flying backpack is simpler and smaller, which is more suitable for single aircrafts. There are 4 rotors on the top of the flying backpack, which are driven by 8 motors, and seats for people are installed on the bottom. The whole machine weighs about 35kg, is about 1.1m high, and costs 10000 yuan(about USD1600).

From design to production, it took only 3 days for Shu Mansheng to make the prototype of the flying backpack. However, most of the raw materials purchased in the market are only suitable for unmanned flight. After nearly 100 times tests, Shu Mansheng has been continuously improving and innovating, and it took more than three months before and after.

Shu Mansheng introduced that he asked professional engineers to adjust the flight control system program to make the machine fly more gentle and more stable. "When the UAV takes off or lands, it will take off at once, but for the manned machine, it is very dangerous, so we change the program to make it fly more smoothly," Shu said.

In the experimental phase, the flying backpack suddenly fell from two meters in the air. Shu Mansheng studied for a long time and didn't find the reason. Later, he found that the problem was in the motor. The traditional three-axis six motor and four-axis eight motor were not suitable for this kind of flight, so Shu Mansheng connected the two motors in series and adopted the "two for one" mode. This problem never occurred again.

In actual flight, there are three modes to control the flying backpack: automatic, semi-automatic and pure manual. Shu Mansheng told reporters that the flying backpack's rising speed is 10 meters / second. According to its endurance, it can fly tens of meters or even hundreds of meters. But in reality, for safety reasons, it did not exceed 10 meters during the test flight. "Because of the cost, I bought the cheapest remote control, afraid of flying high and far out of control."

Seeing his father in his homemade flying backpack, Shu Mansheng's children are also eager to try, asking to try. Shu told reporters that his children's friends wanted to test fly, but he refused.

When he was a child, Shu had a dream of flying and wanted to be an aircraft designer, but he failed to achieve it due to the constraints. only after junior high school, he dropped out of school and worked as a housekeeper. Later, he worked in auto repair, apartment, etc.

In 2008, as the economy grew richer and the two children grew up, Shu decided to realize his dream of flying. Lacking relevant knowledge, he bought books by himself, studied on the Internet, and asked experts for mechanical knowledge. In 2009, Shu Mansheng made his first fixed wing aircraft.

With successful experience, he is even more addicted to it. Over the past decade, Shu Mansheng has spent nearly one million yuan to manufacture dozens of various kinds of aircrafts, all of which are manned aircrafts. Among them, the most shocking one was his homemade flying saucer.

Shu Mansheng told Beiqing news that people often think flying saucers are mysterious. He wanted to build a flying saucer himself and challenge it. After two months, the flying saucer, which cost more than 150000 yuan(USD21000), was built. In December 2018, in Wuhan East Lake New Technology Development Zone, a blue emitting "flying saucer" lifted off, flew in the air for more than 80 seconds, and slowly landed on the ground.

In China, the legal test flight needs to meet four conditions: first, the aircraft manufacturer must have the qualification to produce the aircraft, that is, to apply to the competent civil aviation authority for the product type certificate, production license and maintenance license; second, after the aircraft is produced, it needs to obtain the nationality registration certificate and airworthiness certificate before it can be put into operation; third, the test pilot needs to have the corresponding Qualification, i.e. having the qualification to operate the aircraft to take off; after the human and financial conditions are met, because the airspace of our country is controlled, it is necessary to apply to the military and air traffic control department for approval before the test flight.

"If people innovate like Mr. Su, China's society will produce a lot of new things and become more vibrant. Gmtlight's team's innovation in luminous products at night is just a few small innovations, and there is still a lot of room for development. We should not only provide qualified products to users, but also provide fresh products to users. This is the spirit of innovation. " Mr Niu, at gmtlight.