Waiting for a long time, the World Cup is really coming. It is really a grand banquet for the football fans. Which team will win the champion? It is still to be seen. While for the fans, they all have their

This Brewage Tower is specially designed for 2014 World Cup. The design of bass reference the 2014 world cup mascot Fuleco. The body of the tower looks like the World Cup Trophy. Each party of the tower could customized the color as country color. Logo or country flag could print on the beer mug. There is an ice barrel which could put inside of the beer tower. Rainbow color LED light make the beer looks attractive.

Come on! Lets Cheer Up for Brazil,  for 2014 world cup, For each country in the world. 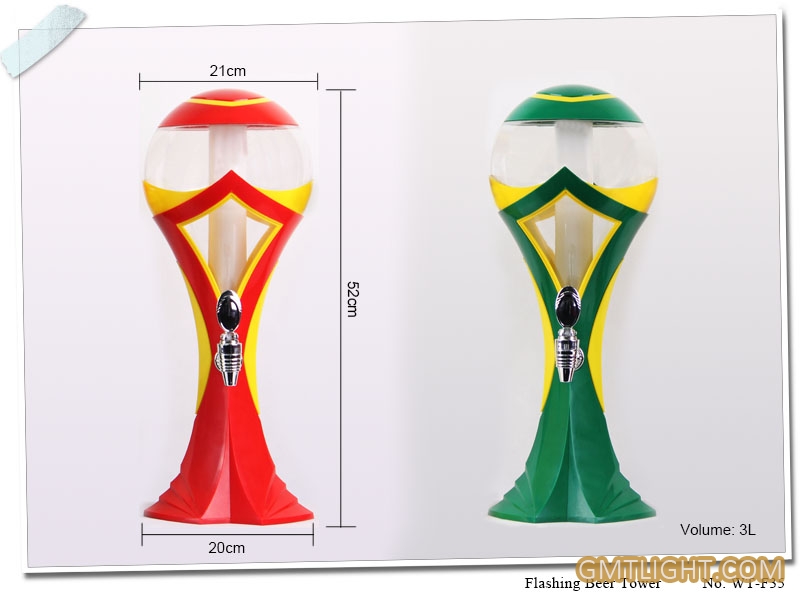 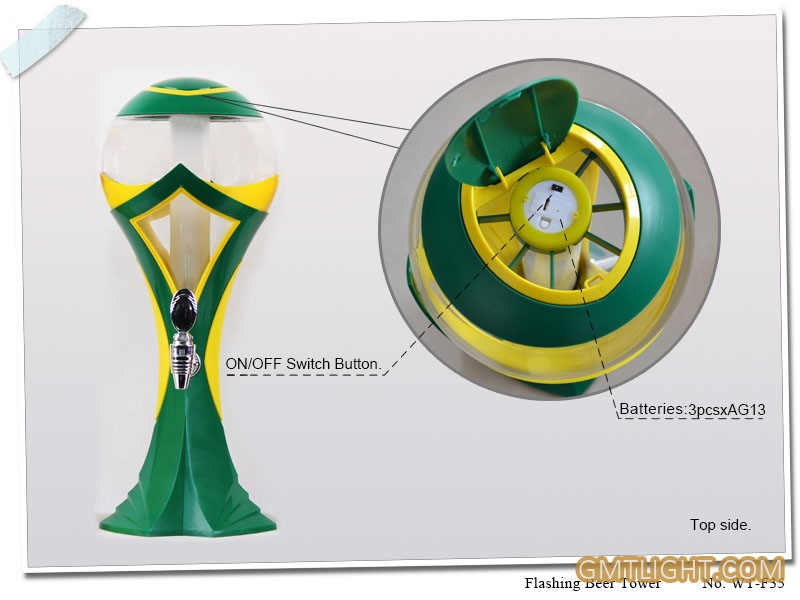 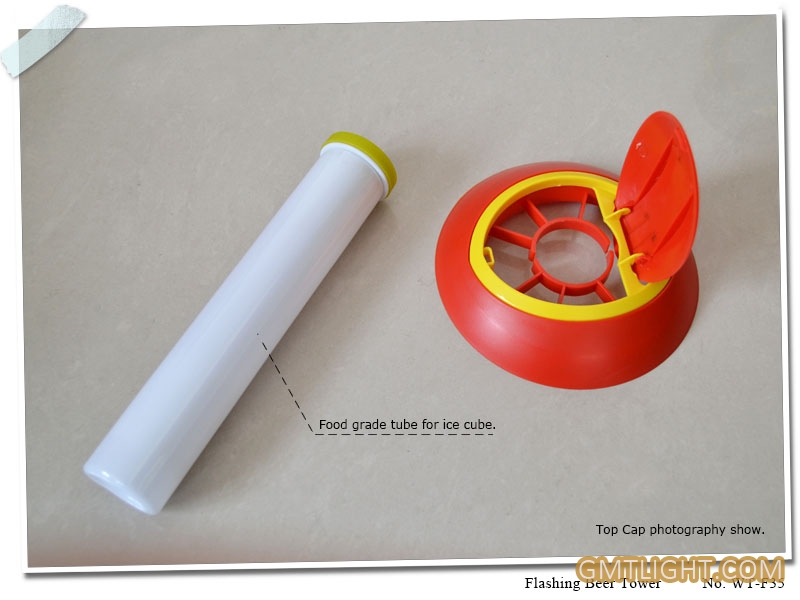 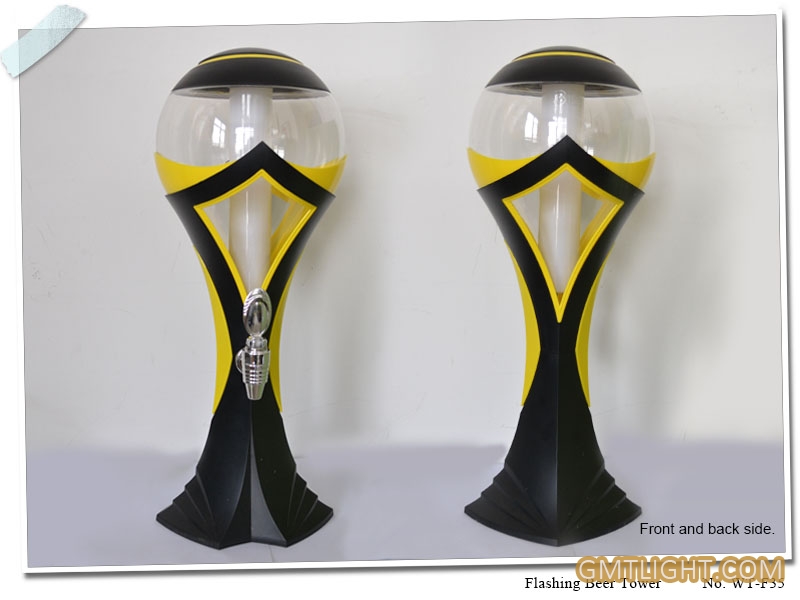 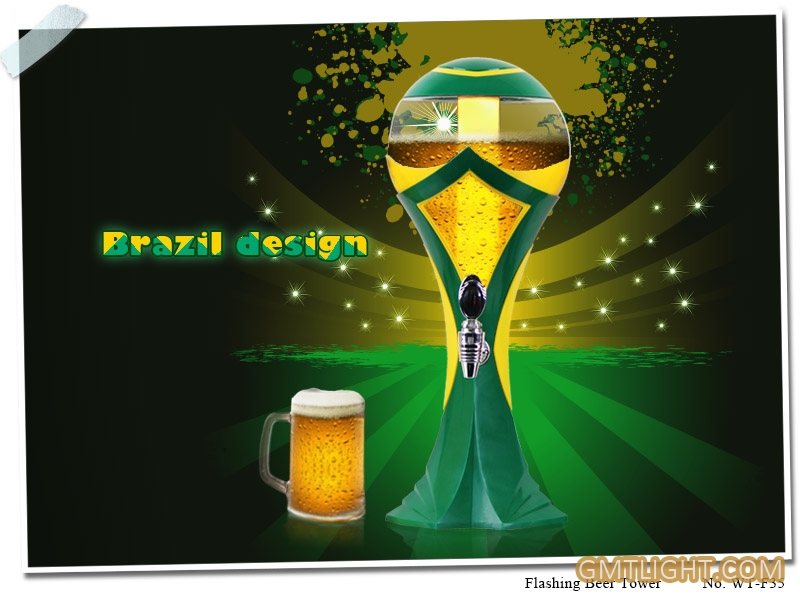 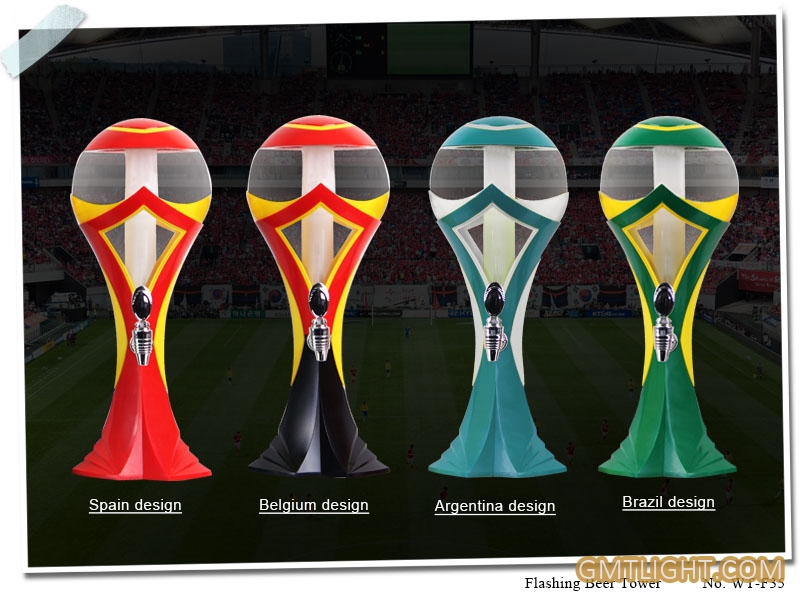