When speaking of the windmill, I want to talk about a story to you.

When Tom was a child, he was very naughty. And he like buying every toys which is displayed in the supermarket. ll the toys in his home was so many that you could not to count. But he didn't satisfy that. It probably there was no fun from those toy. all the toys like rubbish and stayed like a toy hill.

Until he was grow up, he had a thought that making a windmill to achieve his dream. After that he studied all the toys he had and designed a new toy with all the features. He finishied the toy and named it LED music windmile.  He was satisfied with the windmill for the reason that it's made by himself, it's his work and creation. From then on, he was becoming to be fond of create toys himself, today he is old, he created toys by his company for his grandson. He is a big boss for a toy company, Among all the toys, the led windmill is his best love, he put it in his working desk, and tell the visitors and guests that it's him who create the wind mill with LED light. 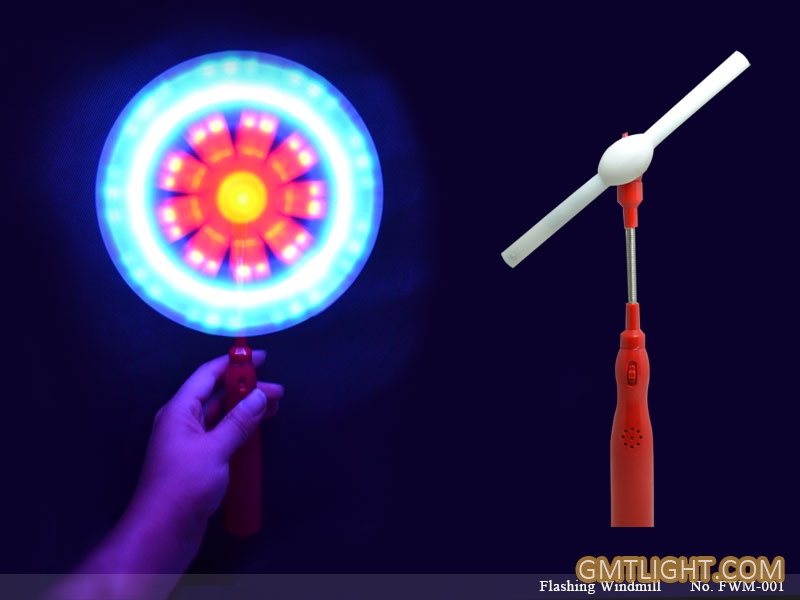 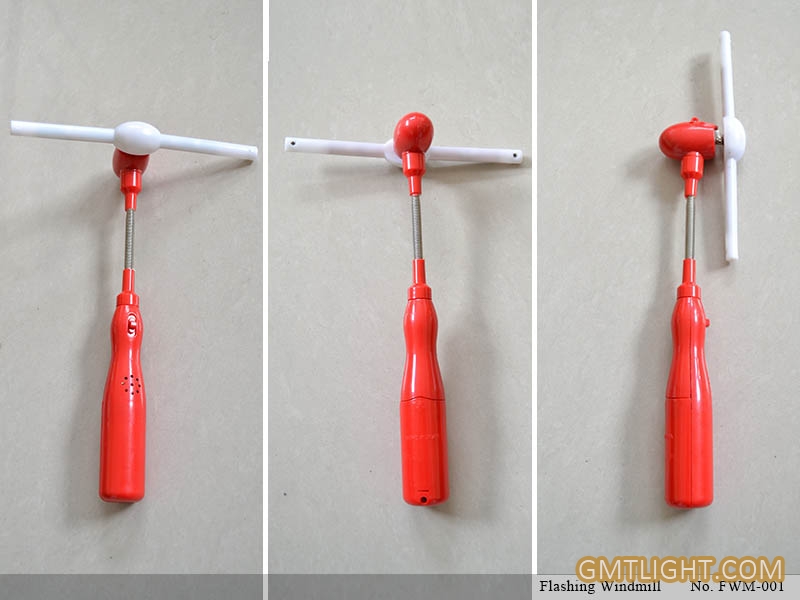 1.It has two styles: with the music and without the music. Yu can choose as your inquired.

2.It is made of soft green eco-friendly material in it, so it's healthy to children.

3.The new style design does not have sharp edge, so the children will not being injured by it.

4. When it works, it can generate wind.

5. It could be a gift on Brithday, The Children's Day, Christmas, Halloween. 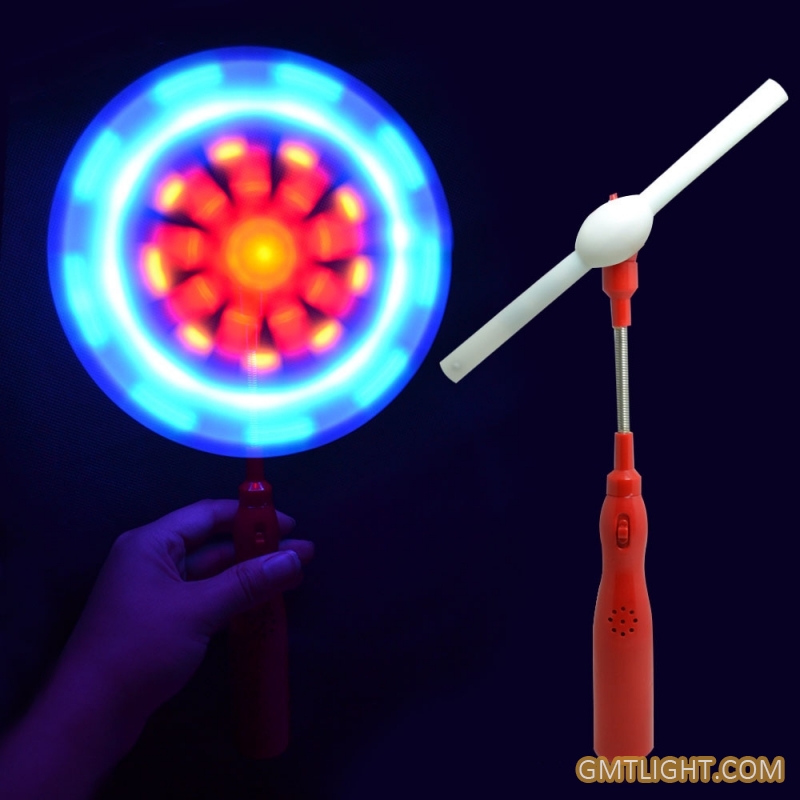 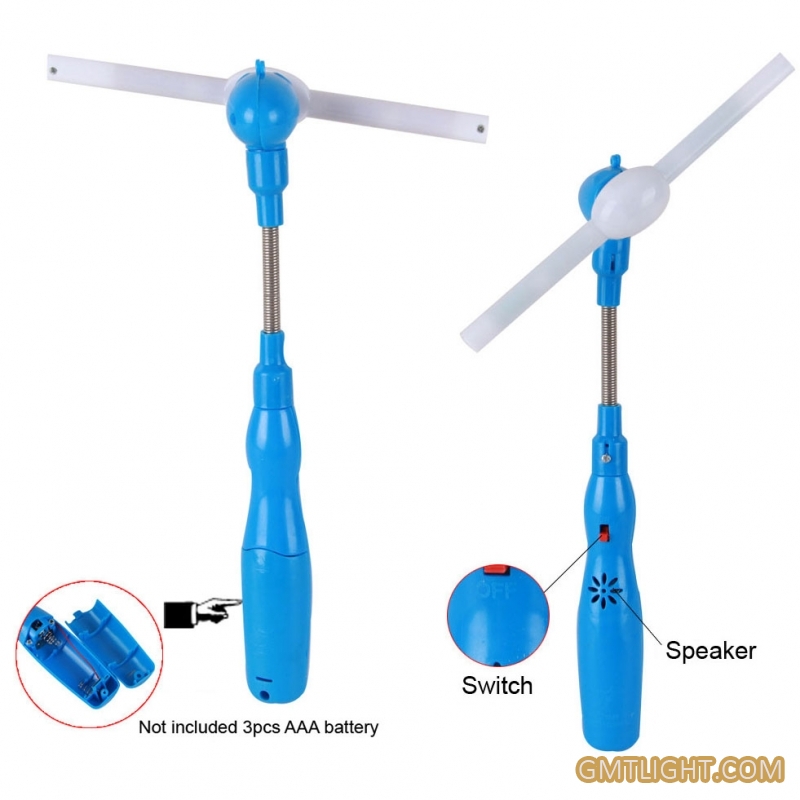 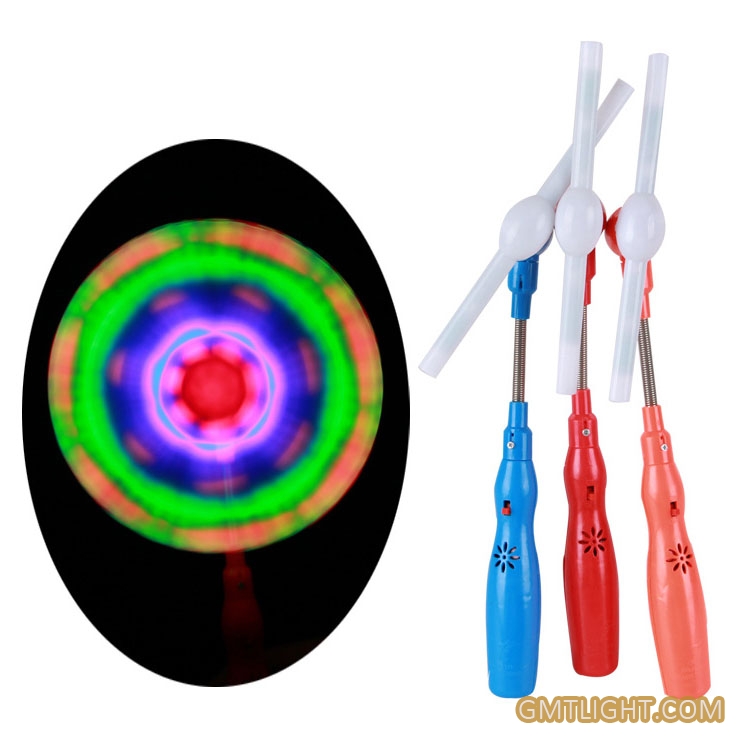