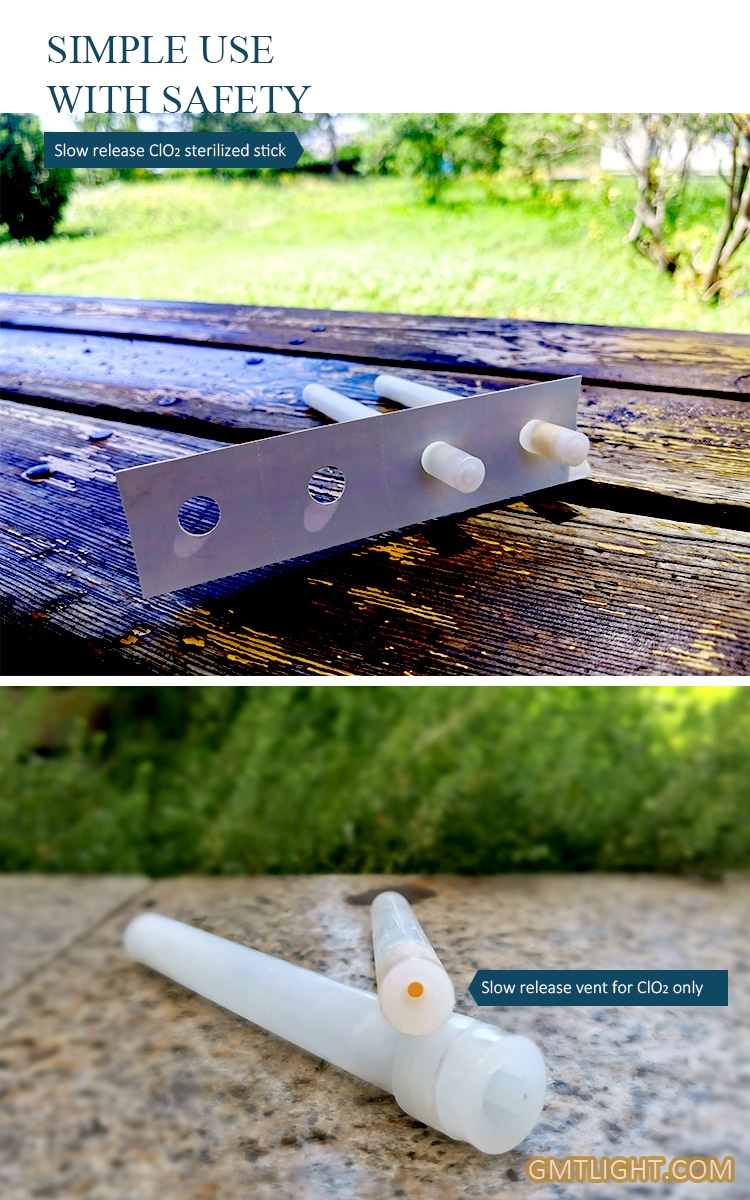 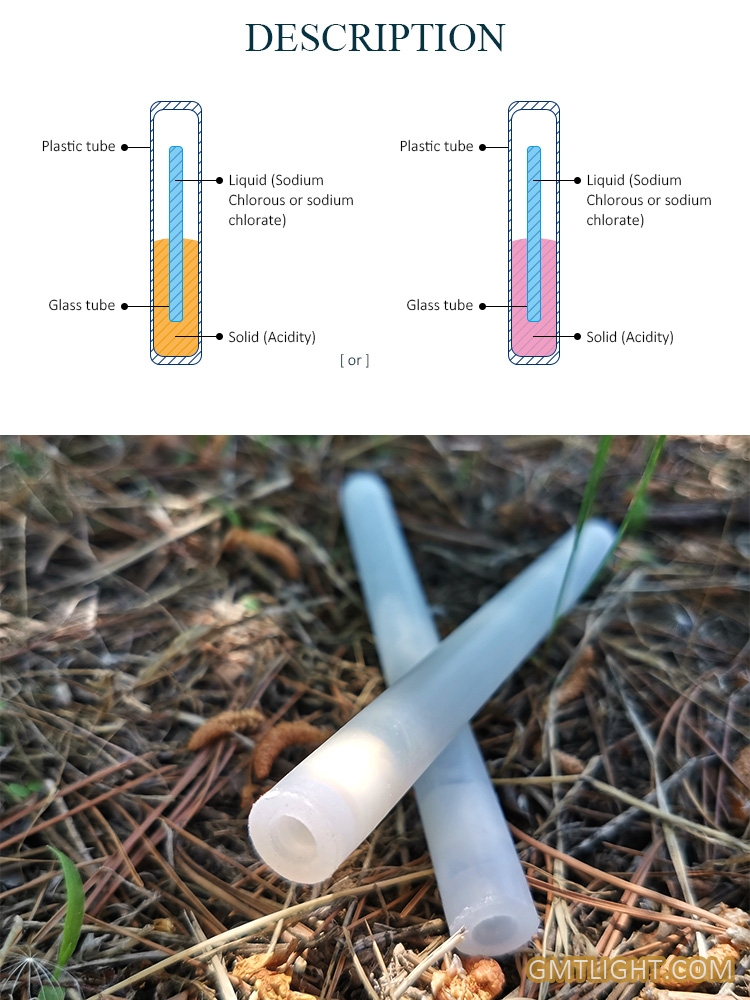 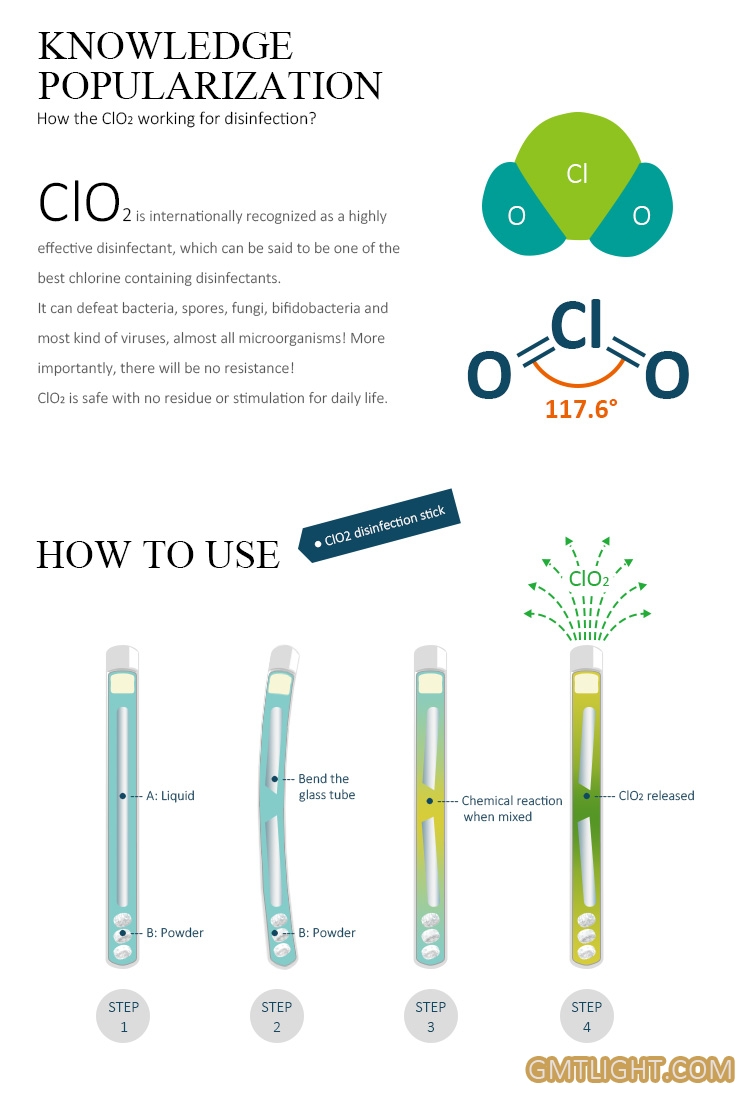 How to use Chlorine dioxide clo2 Stick: 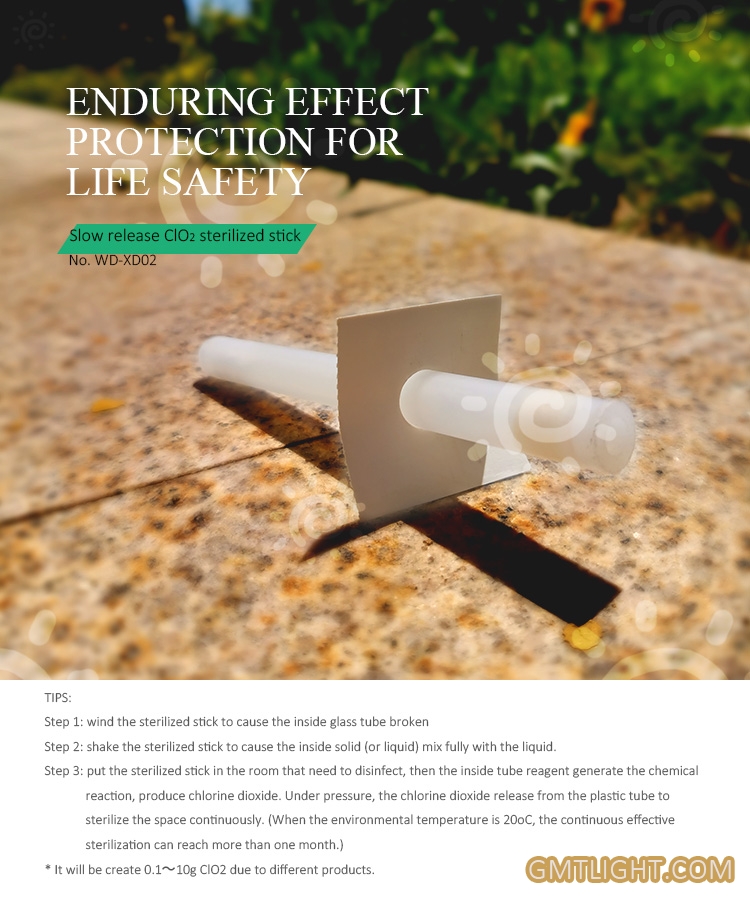 1. The product ratio is reasonable, the reaction conversion rate is high, and the speed is fast. It can instantly generate high-concentration chlorine dioxide gas by itself, which can quickly and effectively kill bacteria and viruses in the air, and has the effect of eliminating odors in the air;

2. The product design is scientific, easy to store, easy to use and easy to carry;

3. The product has a long shelf life and is not affected by changes in ambient temperature and humidity during storage;

4. The product is safe and convenient to use, and has the characteristics of no carcinogenicity, no toxic and side effects, and no adverse stimulation. 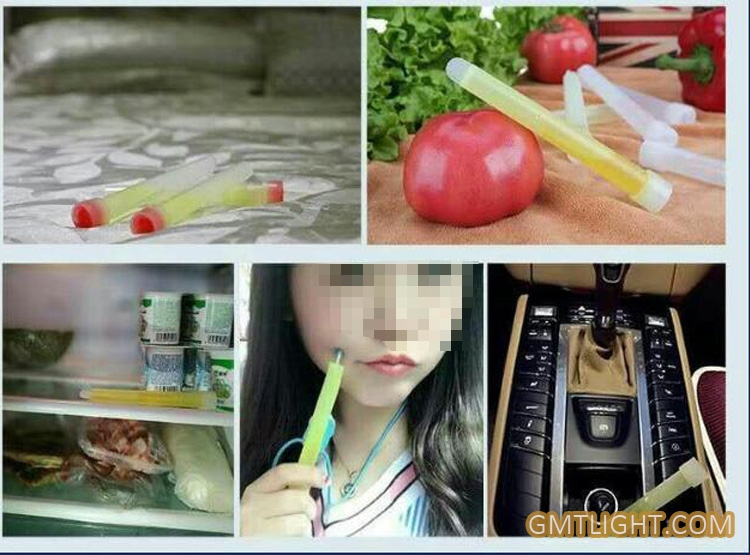 2. Food preservation: The fruits and vegetables in the refrigerator are kept fresh and will not spread.

3. Wear it with you: prevent harmful bacteria in the public environment

4. Fresh air: remove formaldehyde, odor and smoke in the car. Safe and no residue: no chlorination reaction with organic matter, no generation of tripartite substances and other toxic substances

Advantages such as no irritation to the human body: when it is less than 500ppm, its effect can be ignored, and below 100ppm has no effect on people. 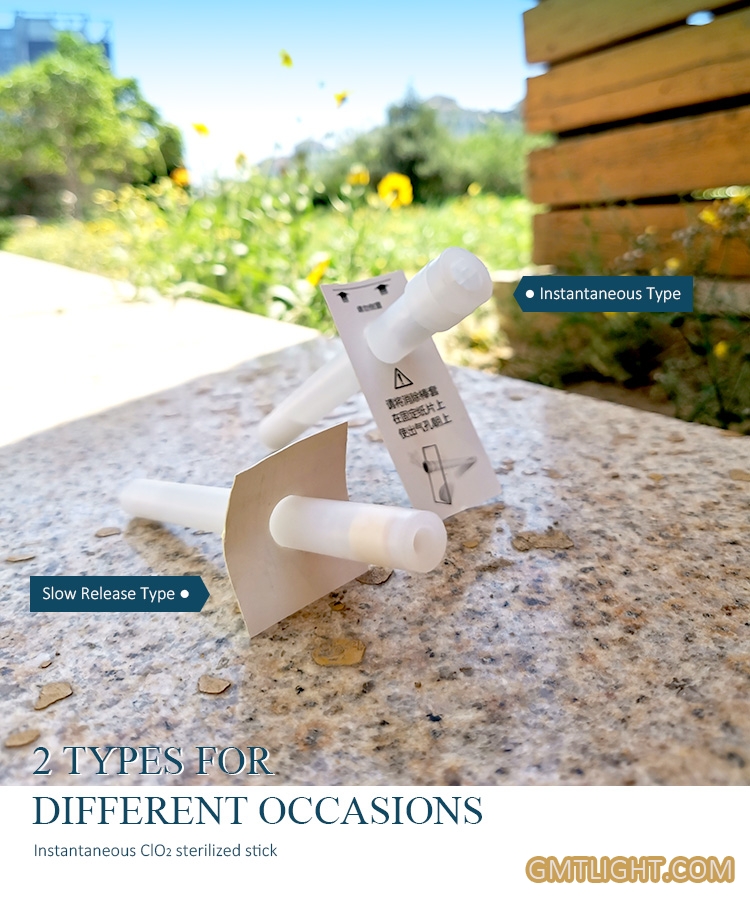 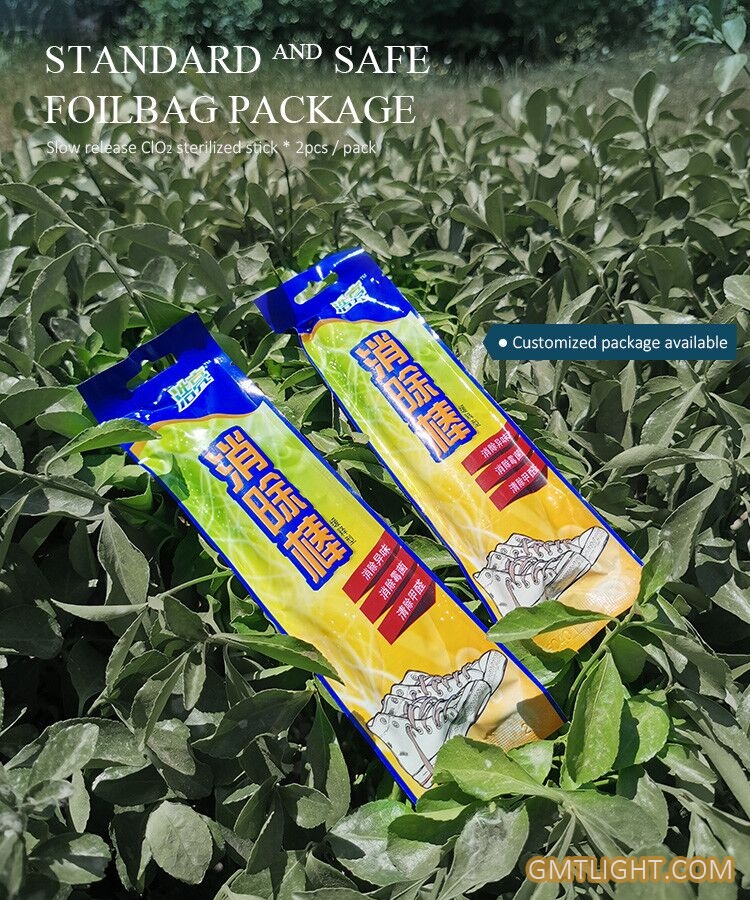