Ma Yun: Mars is good, but I just want to develop the earth well

Who is more right about Ma Yun and Musk? I think it's all right. They are business leader who grew up in two different social and cultural backgrounds. Buddhism emphasizes living in the present, while the West persons is more keen on studying the future. Confucianism is always summing up something from the past. Taoism has a philosophy of mutual restraint. 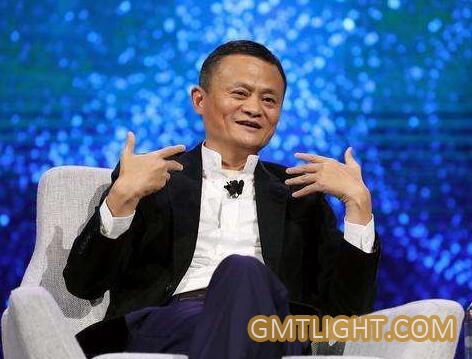 However, from the perspective of future development, AI is bound to pose a threat to human beings. That's what Musk worry about.

Ma Yun seems to have a preference for Taoism. He believes that if human beings invent AI, they must have the ability to control AI. This is the Taoist idea of mutual benefit and mutual restraint. That is to say, AI will not get out of control.

Ma Yun Dialogue Musk: Mars is good, but I just want to develop the earth well.

At 9:30 a.m. on August 29, the World Artificial Intelligence Congress 2019 with the theme of "Wisdom Alliance World, Infinite Possibility" opened at the Shanghai World Expo Center. As the finale of the opening ceremony, Elon Musk, CEO of Tesla, opened a dialogue with Ma Yun, Chairman of the Board of Directors of Alibaba Group and Co-Chairman of the United Nations High-level Panel on Digital Cooperation, which was also called the "Two-horse Dialogue".

At the beginning of the conversation, the two horses first mentioned their knowledge of AI. According to Musk, the advantage of computers lies in speed, while the advantage of human beings lies in cognition. At present, the performance of AI is astonishing. In the future, the speed of development of science and technology may exceed the history of human civilization, which poses a potential threat to human life. Ma Yun said that he did not think AI was a "horrible thing". AI would greatly affect human beings and society, make people better understand themselves, and people need to have more confidence in themselves.

When talking about Earth and Mars, Musk and Ma Yun expressed different views and ideas. Musk believes that life is the ability to span different planets. There is a certain probability that human beings can not control the earth, so that one day they can only move to another world to live. Ma Yun said that he did not want to move to Mars. He was interested in the earth and wanted to develop her well on the earth. Ma Yun said that human beings need heroes like you, but also people like us who work hard on the earth.

Later, they also discussed their views on the impact of AI on employment. Ma Yun believes that the emergence of AI will not only reduce the number of jobs, but also create more jobs, so that people have more time to entertain and enjoy life.  Because in his view, human wisdom can not be imitated at all, so human must have confidence.

Musk directly advises people to study engineering physics, or to interact with people in work and art. Because in his view, AI makes work meaningless, and the last job that may exist is AI programmers.

This "two horses dialogue" is the first dialogue between Ma Yun and Musk. As the two most influential business leaders today, Ma Yun created Alibaba from e-commerce, and Mosque created Tesla from electric vehicles. Although the fields are different, they all rely on AI to empower. Their different views on AI also reflect the AI values behind them and the AI business landscape.

Any way, they are thinking about human beings and out socient.