Release date: 2019-09-16     Source: The Great Wall     Hits: 170     Comment: 0
Note: How did the ancient Chinese carry bricksto the top of the mountainwhen Building the Great Wall?Construction of Ice Track 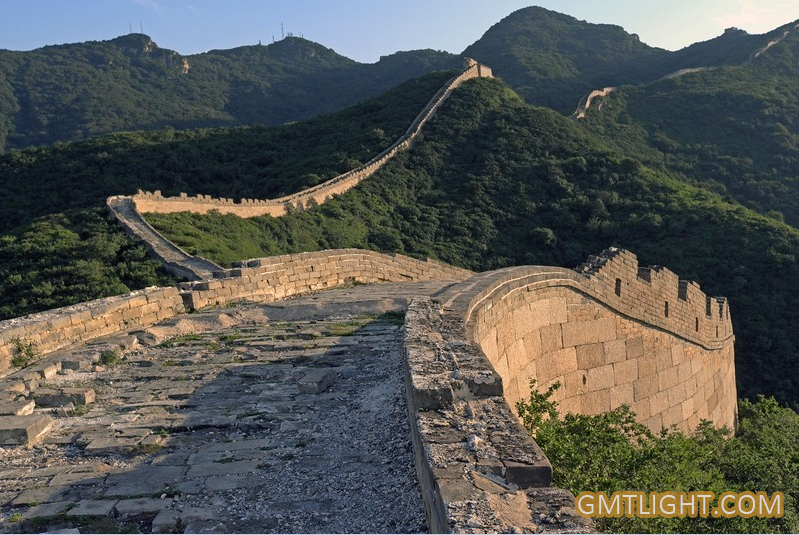 At the beginning, when Jiayuguan Great Wall was built, thousands of stone strips of 2 meters long, 0.5 meters wide and 0.3 meters thick were needed. After the stone strips were chiseled by craftsmen, people could not lift them, No cars, and the mountains were too high to transport. Everyone worries while chiseling stones. The winter season is approaching, The stones have not yet been transported out of the mountains. If they delay the construction period, it will be difficult to keep live, Everyone was sighing. Suddenly there was a thunderstorm on the top of the hill and a piece of silk floated down from the clouds. The craftsmen hurried to catch it, There were only a few lines on it. After reading, everyone suddenly realized that they were acting according to it. When winter arrived, people built a road from the mountain to Bottom, splashed water on the road surface, made it into an ice track, and then put the stones on the ice track for taxiing transportation. As a result, the stones were smoothly transported to Jiayuguan great wall, not only without delay, but also saved a lot of time. In order to thank God for his protection, many craftsmen built temples near Great Wall to worship the God, and became places that craftsmen must visit after they left the Working place.

“At that time, the productivity was backward, and it was amazing to be able to complete such a huge project, whether from designers or builders. Many gmtlight staff find it difficult to do their work. Excuse me, is it difficult to build the Great Wall?”Mr Niu,at gmtlight.

Jiayuguan City, whose wall is 9 meters high, has dozens of different pavilions and piled walls built on it. The number of bricks used was amazing. At that time, the construction conditions were very poor, there was no lifting equipment, and it relied on manual handling. At that time, the bricks used in Xiuguan City were all made 40 miles away. When the bricks are fired, they are pulled down to Guancheng by cattle cart, and then carried up by hand. Because of the height of the great wall, and it is very difficult to get up and down. Although many people were sent to carry bricks on the wall, they were exhausted to death, but the supply of bricks on their backs was still in short supply, and the progress of the project was seriously affected. One day, a sheep-herding child came here to play with sheep. When he saw the condition, he had a good idea to untie his belt, tie a brick at each end and put it on the goat. Then, he patted the back of the goat, and the light-weight goat climbed up the great wall after a short run with the brick on its back. People were surprised and delighted, and they followed，then A large number of bricks were quickly transported to the wall. 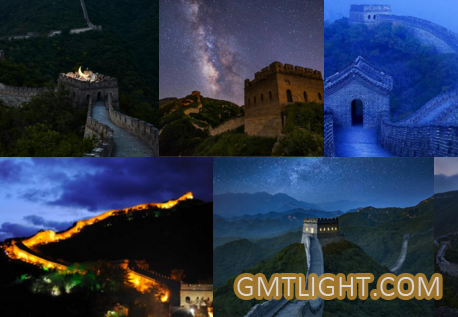 The Great Wall at night with LED lights

The Earliest Beijing Was Born

People say that Qin Shihuang was the first building the Great Wall， In fact, he did not build the first Great Wall. As early as in the Spring and Autumn Period and the Warring States Period before Qin Shihuang, there was a King of Yan, whose territory was small, his troops and horses were small, and his strength was weak. He was in danger of being perished by neighboring countries at any time. In order to preserve the territory, the King of Yan requisitioned civilian and built high walls on the top of the hills along the border of his territory to prevent invasion by foreign enemies.

“The production of lime was one of the most important inventions at that time, and it played a more far-reaching role than the LED lamps we now produce. That was 2000 years ago.”Mr Niu,at gmtlight.

Because there was no lime at that time, the walls, stones and bricks he built were all plastered with mud. In order to seize the time and repair the city wall as soon as possible, he ordered that work should not stop in winter. It was cold and mud had to be heated. Therefore, the farmers carried the big iron pot to the construction site and propped it up with three stones to add wood and boil water. After a long time, the pot was burned  a big hole, and all the water in the pot leaked out. They  found unexpectedly that the water was sprinkled on the hot stones under the pot. When the hot stones met the water, they burst open and blew up many white powder. Someone used water to mix the stone powder, felt it moisturized and sticky than mud, and put it in the cracks of stone and brick.

The next day, the villagers found that the stone strips and brick seams covered with surface were much stronger than those covered with mud. The Yan people were inspired to burn lime to fill the cracks in the city walls.

Later, Qin Shihuang unified China and built the Great Wall in order that the Chinese nation would not be conquered by the Huns. he issued an order to let the original Yan people take over the work of burning lime. Therefore, all the lime used to build the Great Wall at that time was made by Yan people.

After the Great Wall was repaired, other persons returned to various places. Because the Yan people had done well in producing lime, Qin Shihuang set aside gold and silver and built a town for the Yan people to live in. This town is Beijing. Therefore, at that time Beijing was called Yanjing.

Today, the Great Wall is still a huge project.