"This is an inspirational and excited event. If women can walk in space, we men have to work hard, or we will fall behind." Mr. Wang, gmtlight.

At 7:38 a.m. EDT on October 18, the first all female space walk in human history began. 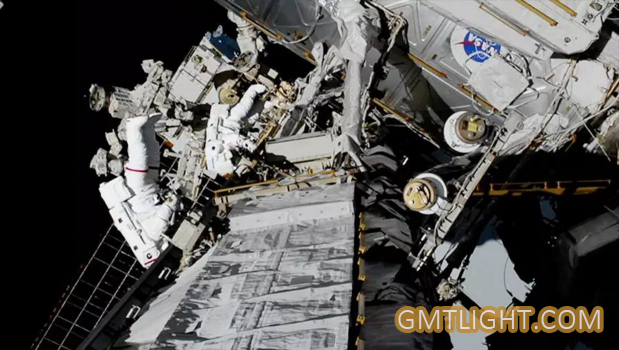 They spent 7 hours and 17 minutes outside the cabin, and finally returned to the cabin at 14:55 on the 18th, nearly two hours longer than the original five and a half hours. The two astronauts successfully completed the task of replacing the failed battery charging and discharging unit (bcdu).

According to CNN, President trump told the two astronauts, "it's a great pleasure to talk to two brave and historic American astronauts," you're so brave, you're so great! " 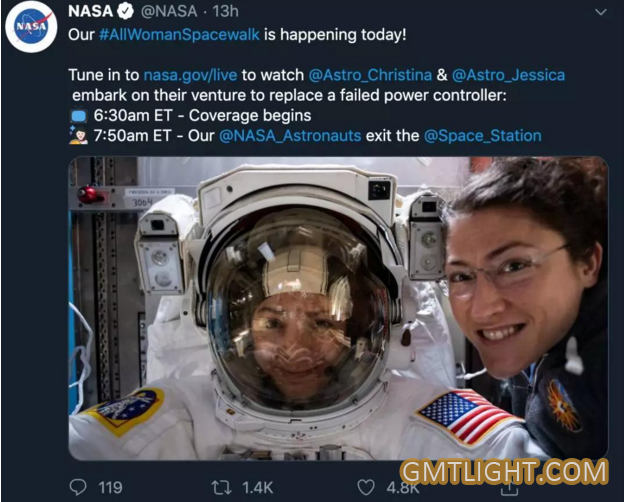 Gmtlight：Space is no longer a forbidden area for women

Although the international space station has carried out 220 spacewalks so far, the all female spacewalk is still a milestone.

Of the 228 people on the spacewalk, only 15 were women, accounting for less than 10%. Gizmodo, a technology website, said the spacewalk meant that NASA finally had enough female astronauts to arrange an all female spacewalk. This is undoubtedly an inspiration for women in the aerospace industry. For the next generation, it is also very educational.

"In this era of rapid change, everything around us is changing. The speed of change is faster than we think. Several super malls near us have been closed. Instead, the couriers are busy delivering packages. Some changes make people feel negative. The spacewalk of beautiful astronauts is positive for every Chinese who is dealing with challenges. " Mr. Niu said at the gmtlight meeting, "with the increasing demands of consumers, it is more difficult to do product R & D and production than before. Sometimes for small enterprises, they are lost. Whether we are new to work or have worked for many years, boys or girls, we can create miracles. We should have the spirit of fighting between heaven and earth. Everyone will make their own achievements. "