Is RV originated in China?

Release date: 2020-12-25     Hits: 54     Comment: 0
Note: Is RV originated in China?It is said that the RV originated 2500 years ago and appeared in China as early as the Confucius era. The earliest saloon cars in China were refitted with carriages, with res

Is RV originated in China?

It is said that the RV originated 2500 years ago and appeared in China as early as the Confucius era. The earliest saloon cars in China were refitted with carriages, with rest and dining facilities. At that time, they were used by some wealthy people. This is a bit far fetched.

The real RV is from America.

The prototype of the caravan was a jeepsy caravan. In the 1920s, Americans added home appliances such as kitchens and beds.

After the end of the first World War, many Americans used cars to start their camping years. Take the tent, bed, cooking utensils, drive the car on the journey. In the 1920s, many RV pioneers began to make homes on wheels. They made simple houses out of wood in their backyard and then fixed them to the T-shaped chassis of their cars. The history of RV camping club can be traced back to the "can traveler" in 1920s and 1930s. They are so called because these RV pioneers have already started their journey across the mainland of the United States before many roads across the country have been laid. They bravely set out on the road despite the bumpy and muddy road in their old cars. They often camp by the side of the road, eating canned food heated by a gasoline stove and drinking cold water. 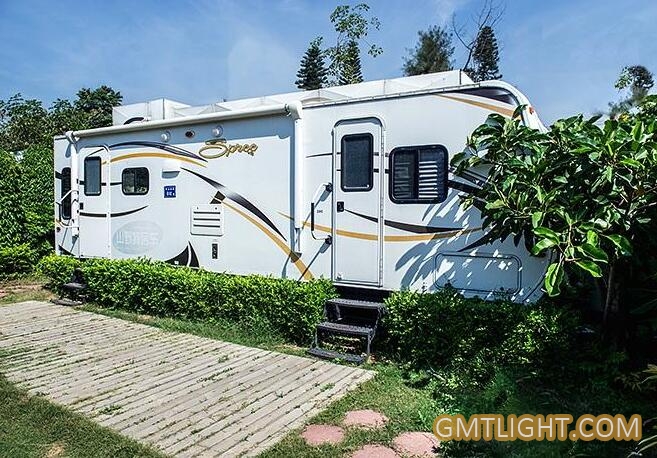 By the 1930s, the RV began to use the aircraft type structure, and has been equipped with beds, dining tables and chairs, and has the function of power supply and water supply. With the increasing number of RV, there is a growing demand for a complete RV camp. After the Second World War, with the popularity of cars, more and more Americans began to seek mobile life, and the RV industry also prospered. By 1950, the trailer had developed from a small self-made canned house to a 30 foot long luxury villa.

Today, RV is very popular in the United States. It is a must for ordinary people to go on holiday and outing.