Penguin：the boat of the ocean

Release date: 2021-04-21     Source: penguin is the boat of the oce     Hits: 32     Comment: 0
Note: Speaking of birds, we all have wings and can fly, but penguin is an exception, but it is a master swimmer in the water.The enterprise has the reputation of the boat of the ocean and is one of the olde

Speaking of birds, we all have wings and can fly, but penguin is an exception, but it is a master swimmer in the water. 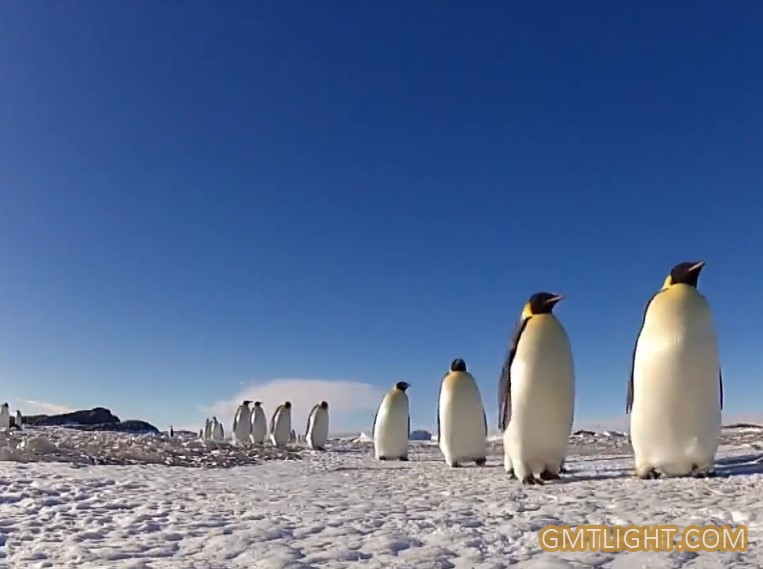 The penguin has the reputation of "the boat of the ocean" and is one of the oldest swimming birds. The penguin settled in Antarctica far earlier than many other animals. There are 18 species of penguins in the world, most of which are distributed and live in the southern hemisphere.

In 1488, Portuguese sailors first discovered penguins in the Cape of good hope near southern Africa. But the earliest record of penguins is the historian pegafita. In 1520, on the Magellan fleet, he encountered a large group of penguins on the coast of Patagonia, which they called geese they didn't know. Most of the early penguin species described by people lived in the southern temperate zone. It was not until the end of the 18th century that scientists named six penguins, and it was in the 19th and 20th centuries that they discovered the species that actually lived in the Antarctic ice sheet. 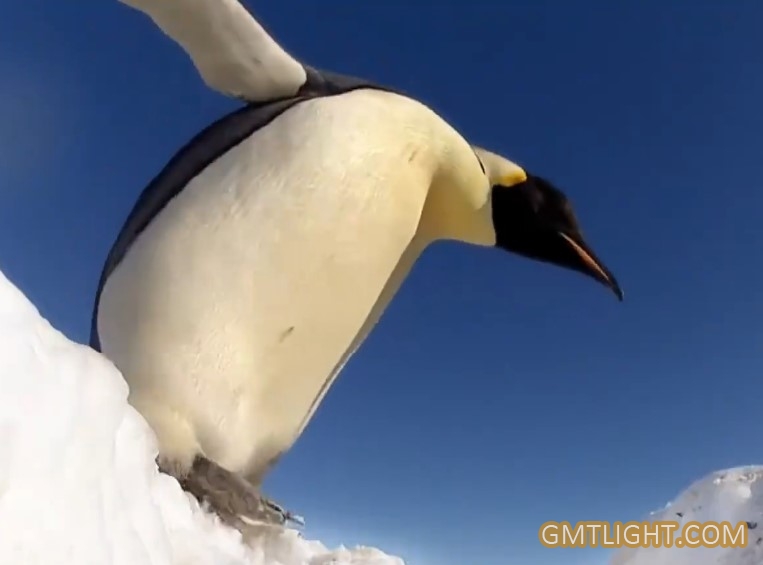 Penguin body fat, its original name is fat bird. But because they often stand on the shore and look far away, as if looking for something, so people call this kind of fat bird penguin. And because the front of penguin is very similar to the Chinese word "enterprise", it is translated as penguin.

In 1887, munzbeier put forward a theory that penguins may have evolved from reptiles independently of other birds. The wings of penguins are not formed by the variation of birds' wings, but by the direct evolution of reptiles' forelimbs. Penguins have not experienced the flight stage at all. Later, scientists found a penguin like animal fossil in Antarctica. It is about 1 meter high and weighs 9 kg, with the characteristics of amphibians. This finding seems to confirm mendsbury's conjecture.

In 1981, a penguin like fossil seabird was also found in Japan. Experts believe that this is a 30 million years ago, can not fly the fossil of primitive penguins, perhaps it is the prehistoric ancestors of modern penguins.

In recent years, ornithologists have studied the structure of the northern hemisphere sea crow fossils and proposed that a sea crow living along the coast of America 30 million years ago may be closely related to the origin of penguins. The extinct crow is also a flightless seabird. Scientists believe that although penguins and sea crows, one lives in the southern hemisphere and the other in the northern hemisphere, they have many similarities in skeletal form.

From the above evidence, the ancestor of penguins is an animal that can not fly. However, some zoologists hold different views. based on years of research data, they concluded that Penguin ancestors should be able to fly. Because from the body structure of modern penguins, we can still find the marks left by their ancestors who can fly.

The fossil remains of the two penguins are not only the most complete, but also the earliest found so far, the researchers said. They provide a new perspective for studying the evolution of modern penguins, as well as the location and history of penguins in the ocean.

Before the discovery of these fossil remains, scientists believed that penguins had been living in high latitudes until 10 million years ago, when they first swam to the equatorial waters at low latitudes. But the newly discovered fossil remains have pushed this time forward for 30 million years.

Scientists believe that since the extinction of dinosaurs 65 million years ago, the earth has experienced the warmest period in history. It was only about 34 million years ago, after the formation of the Antarctic ice sheet, that the temperature of the earth gradually began to decrease. Both species lived in equatorial waters well before the earth began to cool down.

A team of scientists from Peru, Argentina and the United States conducted a detailed study of the remains, which were found in 2005. The findings are published on the website of this week's proceedings of the National Academy of Sciences. Julia Clark, a paleontologist at the University of North Carolina in the United States, said: "we used to tend to think that penguins are animals used to low temperature environment - even the little blue penguin living in the equatorial region today." "But these new fossils can be traced back to the hottest time on earth in the past 65 million years," Clark said. The evidence suggests that penguins arrived at low latitudes 30 million years earlier than previously estimated

At the same time, the evolutionary characteristics of the two new penguins, as well as their survival age and distribution, also make researchers have to rewrite the whole "family tree" of penguins. Different from the penguin species living on earth, the huge ancient penguins have long and narrow beaks, especially the giant penguins, whose beaks are very long, like spears. Clark speculated that the beak is likely to be used to help tall giant penguins swallow large prey. Not only that, the ancient penguins can also dive deep underwater, and can "glide" gracefully under the water like modern "relatives", catching small fish while gliding.

Although it can be seen from the two extinct penguin species that they are willing to leave the cold waters at higher latitudes in the southern hemisphere and go to live in warmer places, Dr Clark said that it is not possible to conclude that the high temperature environment is the main reason. "These species found in Peru are an early branch of the Penguin Family and are relatively distant relatives of modern penguins," Dr Clark said "Global warming is happening in a relatively short period of time," she said. The data from these new fossil species do not prove that climate warming will not have any negative impact on penguins living on earth. " 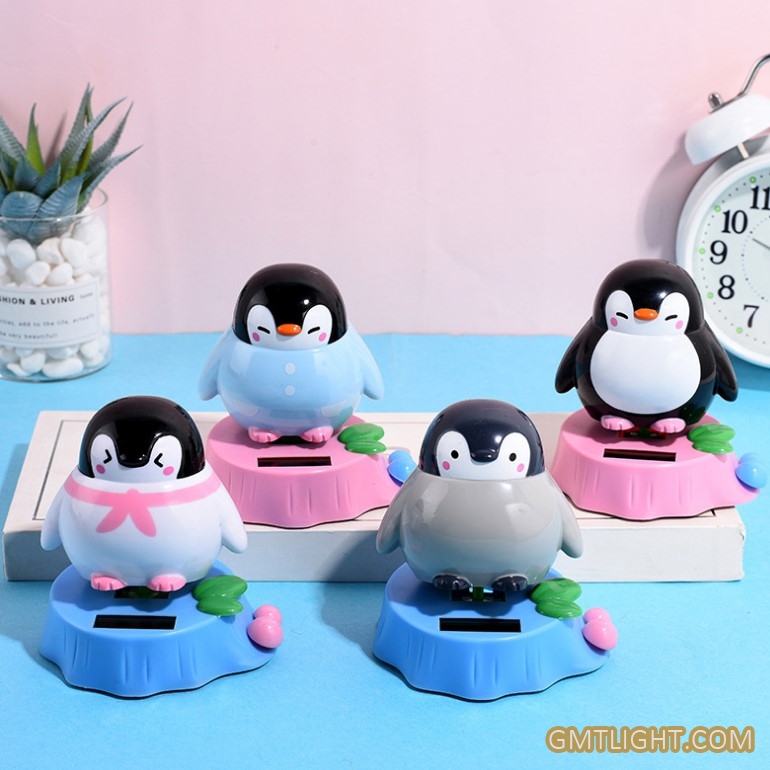 Penguins can't be seen in the northern hemisphere. gmtlight uses the principle of solar power to make the shape of penguins. As long as there is sunlight, penguins will automatically nod to show their friendliness. Penguins are greetings from the cold Antarctic, and solar energy enterprises are a way to spread Penguin culture.