One news is that eight million Golden toilets are built for tourists to use for a fee. This golden toilet is right in Brinim Palace. Mr Liu said, who works on glow sticks in gmtlight, he has been to Brinim Palace several years before.

In a romantic garden near Oxford, there is a well-known attraction, the Bryant Palace designed and built by John Van Buru. It was built by Queen Anne in 1705-1722 to reward John Churchill, the first Duke of Marlborough, who defeated the French and Bavarian invaders in 1704. It absorbs inspiration from all walks of life and is the only non-royal, non-religious Baroque building in Britain. In 1987, the Brenim Palace was listed as a world historical and cultural site by the United Nations. 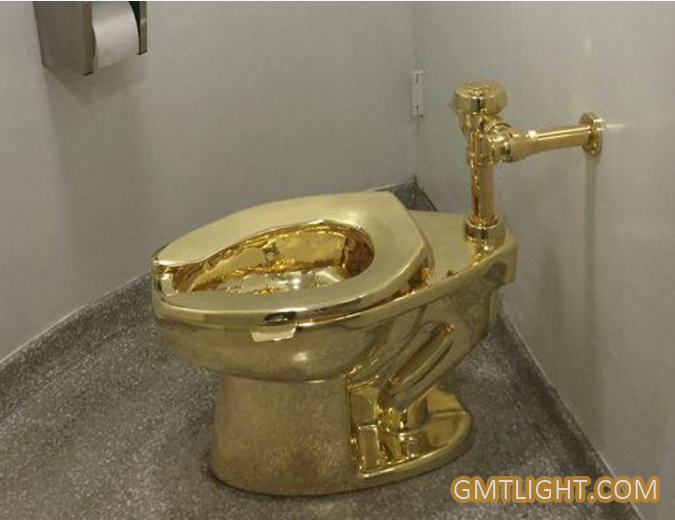 The name Brenim Palace originated from a decisive war on the North Bank of Danube on August 13, 1704. Near the North Bank of Danube lies a small village called Brinim, where French leader Marshall Talal once built the defense; and here too, John Churchill, the first Duke of Marlborough, defeated the army of Lewis XIV, won a great alliance victory and saved himself under French rule. It saved Europe. In recognition of John Churchill's achievements in protecting the Netherlands and Austria and preventing French invasion, the charitable and generous Queen Anne gave her the royal honor of Woodstock and built the "Bryant Palace" for it. Construction began in 1705 and inscribed on the East Gate. The building was built for Duke John Marlborough and his wife Sarah in the light of a generous monarch's luck. It was built by Mr. John Van Burgh from 1705 to 1722. The Royal Honour of Woodstock and the building were given by Her Majesty Anne and confirmed by Parliament.

British Prime Minister Winston Churchill was born in Brigham Palace on November 30, 1874. He was the grandson of the seventh Duke of Malborough. He inherited the fine tradition of this distinguished family, played an outstanding military talent and spent a brilliant political career. Winston Churchill once wrote a biography of his family. He was a military officer very early, and he succeeded in defending Britain in the Second World War, and later became Prime Minister of Britain, which made him famous in history.