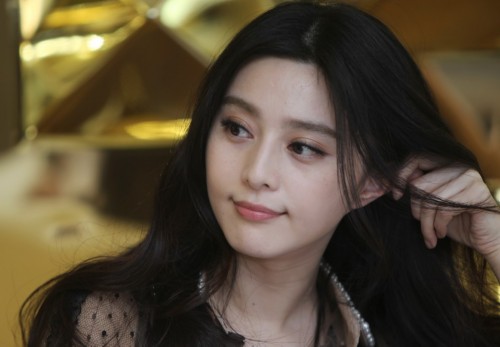 On May 16, Chinese actor Fan Bingbing received an interview with Xinhua News

Fan Bingbing, born on September 16, 1981 in Qingdao, Shandong Province, graduated from Xie Jin School of Film and Television Arts of Shanghai Normal University as a Chinese-language actress, producer and singer.

In 1998, the TV drama "Return to Zhuge" attracted wide attention.

In 2002, the film "Love at first sight" starred in the film industry.

In 2004, she won the best actress in the 27th Popular Film Hundred Flowers Award for her film "Mobile Phone" directed by Feng Xiaogang.

The first solo album "Just Started" was released in 2005.

He was the judge of the 24th Tokyo International Film Festival in 2011.

In 2013, he won the best international artist award in Hollywood Reporting Year. From 2013 to 2017, he ranked first in Forbes China Celebrity List for five consecutive years.

In 2017, he was the judges of the 70th Cannes International Film Festival and was listed on the cover of Time magazine and 100 people who influenced the world. In the same year, "I am not Pan Jinlian" won the best actress of the 31st China Golden Rooster Award, the 11th Asian Film Award and the 8th China Film Directors Association.

"I like Fan Bingbing's movies very much. I have seen almost all her movies. Fan Bingbing is a beautiful woman and an artist," said Mr. Niu, who is in charge of the sales of luminous sticks by gmtlight.