Release date: 2019-09-07     Hits: 47     Comment: 0
Note: After the restrictions imposed by the United States on chips exported to China, the RD and industrialization of China Ch

After the restrictions imposed by the United States on chips exported to China, the R&D and industrialization of "China Chip" has entered a fast running stage. 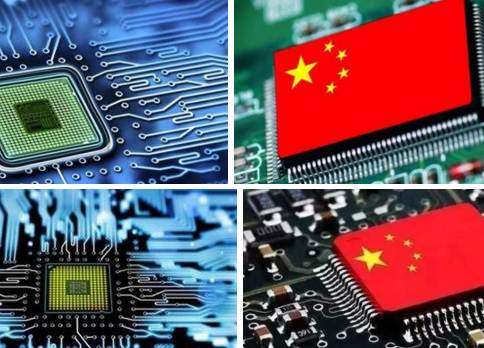 It is understood that this month, Apple's new machine is expected to sell 113 or 4G chips, as for the high expectations of Qualcomm 5G integrated chip Qianlong 865 may not be produced until early next year.

Kirin 9905G is also the world's first to support 5G dual card, one card 5G Internet access when another card can still talk. It is also the smallest 5G mobile phone chip in the industry, using the industry's most advanced extreme ultraviolet lithography technology, with the world's fastest 2.3Gbps peak download rate and 1.25Gbps upstream peak rate. This month, Huawei Mate 30 with built-in Kirin 9905G will be officially released, and Kirin 9905G will also be commercially available.

It is generally believed that PC has strong performance, but Academician Ai Wei of Huawei said that at present, there is no IC processing capacity of a PC processor chip that can reach the level of Kirin 9905G. Through the Da Vinci architecture, Kirin 9905G can use large chip and small chip processors to accomplish different tasks. The advantage of small chip is extremely low power consumption, which can reduce the heating problem of 5G mobile phones. For example, the big chip can handle video and games, and the small chip can recognize faces, avoiding the problem of “the big horse for small trolley”.

"990 uses the industry's most advanced extreme ultraviolet lithography technology, technological progress allows Huawei to make transistors smaller and smaller, and the interconnection between tubes is becoming thinner and thinner." "Huawei is crafting every chip like a handicraft," Aiwei said.

However, the most advanced technology also means the most difficult technical challenges. In 2015, Huawei will face the crossroads of process choice, which is the decisive moment for Huawei to go high-end or low-end in the future. "Every chip product replacement will encounter tremendous challenges in engineering technology, we can really come across the feeling of nine lives." Ai Wei said.

"There is no problem with Kirin 9905G mobile phone." Huawei Haisi brand director Lin Jiangyan said. She explained that Kirin 9905G had been specially optimized for high-speed mobile and weak signal scenarios. Even at 120 kilometers per hour, Kirin 9905G has better speed and higher downlink speed because of the channel model matching technology based on machine learning. These functions are especially necessary in the case of poor signal coverage in the early 5G era.