Pop Rocks is a very entertaining snack food. Pop Rocks contains carbon dioxide, which vaporizes when heated in the mouth and generates thrust, which makes Pop Rocks particles jump in the mouth.

The inventor of Pop Rocks made a lot of money at that time. The characteristics and selling points of Pop Rocks were, of course, the ability to jump around in the mouth. 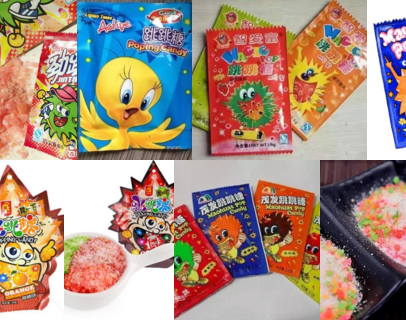 So what is the working principle of Pop Rocks?

Here we first introduce the process of making candy cubes. Sugar cubes are made of white sugar, corn syrup, water and seasonings. Mix these things together, melt the sugar first, and then boil all the water in the mixture. Then continue to raise the temperature, so that you can make pure syrup, and when the syrup cools, it becomes hard candy.

When you put the candy in your mouth, the sugar melts and the high pressure gas is released, you will hear the "ticking" sound. What you hear and feel is actually the release of carbon dioxide gas from each bubble, which feels like sugar beans bouncing in your mouth.

Pop Rocks is an innovative candy that appeared in the American market in 1974. The inventor is Mitchell, R&D scientist of General Food Corporation of the United States. The invention of a new product is an opportunity to give consumers experience while realizing the value of invention. Mr. Li, at gmtlight.