​Copper Bull is the symbol of Wall Street

Copper Bull is the symbol of Wall Street in the United States. It is a statue of 3.4 meters high, 4.8 meters long and weighing 3.2 tons. 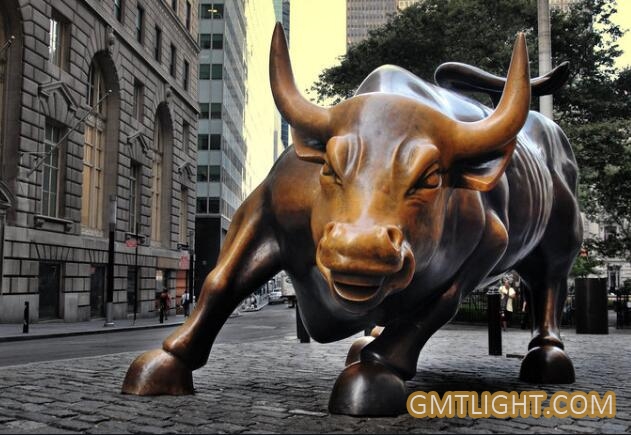 "Although The Copper Bull dont give light, it light up people's heart always, it lights up the city." Mr Niu, in gmtlight.

Wall Street located in the south of Manhattan, New York City, it was originally a wall along Broadway from the East River to the Hudson River. A Street formed along the back wall, which gave the name of Wall Street. Later the wall was demolished, but the name "Wall Street" was retained. Despite this small street, which is no longer than a mile long and only 11 metres wide, the narrow street looks even darker under the cover of tall buildings on both sides. However, it is known as the "financial center of the United States" in the world. It is a symbol of American wealth and a barometer of the world's financial markets. Consortium tycoons in the United States and the world regard this place as a holy place, gathering here, dreaming of a sudden prosperity. No matter where in the world Wall Street is mentioned, every one knows. But when you stand in the middle of the street and look around, you will find that it is not prosperous on the surface, but actually hidden wealth. 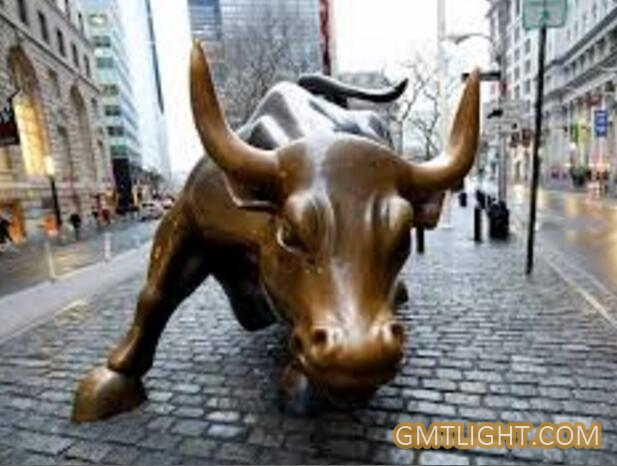 Wall Street Copper Bull is the symbol of "strength and courage", which means that as long as Copper Bull is present, the stock market will be able to maintain the "bull" market forever.

The designer of the Wall Street Copper Bull is an artist from Sicily, Italy, named Arturo Di Modica. After many years in the United States, Modica wanted to make something amazing and stand out. One day he suddenly thought that Wall Street was the heart of the world's finance, and if his works were put here, they would be noticeable. So Modica began to create a copper bull, intending to put it in front of the Wall Street Stock Exchange at Christmas 1989, wishing the stock market a boom in the coming year. After nearly two years of operation, Modica smuggled his copper bull, weighing up to 3200kg, under the huge Christmas tree in front of the New York Stock Exchange on Wall Street at midnight on December 15, 1989. He looked forward to a miracle the next morning.

Early the next morning, he ran to the stock exchange. Sure enough, his copper bull was surrounded by reporters and police. No bull could be seen from outside. In a fury, the New York City government demanded that Modica pull the bull away. Just then, the director of BORLINGGREEN Park at the southern end of Broadway approached Modica and asked him to put the brass bull in their park. Modica intends to sell the statue to the highest bidder, but the buyer must leave it in place and donate it to New York City. Now the Copper Bull is a public property in New York City. No one is allowed to buy or sell it. Modica has the right to portrait.

On the afternoon of September 7, 2019, a 42-year-old man from Texas smashed the copper bull, leaving multiple scratches on its right ear and causing a centimeter-long crack. The police arrested the man and charged him with criminal mischief, illegal possession of weapons and disturbance of public order.

It's crazy for the man, and we wish the copper bull repaired well soon.