When you go to the Louvre, you must enjoy the painting of Mona Lisa.

Mona Lisa is an oil painting created by Italian Renaissance painter Leonardo Da Vinci. It is now collected in the Louvre Museum in France. The painting mainly shows the typical image of elegance and tranquility of women, and portrays the image of a city proletariat woman in the rising period of capitalism.

The original size of Mona Lisa is 77cm in length and 53cm in breadth. The work is painted on a black poplar board. The Mona Lisa portrait has no eyebrows and eyelashes and looks very harmonious. Looking directly at Mona Lisa's mouth would make her feel less smiling, but when looking into her eyes and feeling the shadows on her cheeks, she would feel that she was smiling. Mona Lisa's smile contained 83% happiness, 9% disgust, 6% fear and 2% anger.

Mona Lisa, sitting on a semi-circular wooden chair with a railing behind her, separates the characters from the background. The background includes roads, rivers, bridges and mountains. They are combined with the Mona Lisa's smile in Leonardo Da Vinci's "Unbounded Gradual Coloring" style and emit a fantastic and mysterious atmosphere.

The posture of Mona Lisa has been sublimated into a sacred symbol. It is not only a question of artistic law, but also a shock to the rough tide of Renaissance humanistic thought, but also a manifestation of a lofty and meticulous ideal in the hearts of the returnees and awakeners of the soul. Mona Lisa has another indescribable symbolic meaning, such as Buddha's sitting position, standing position, preaching position, Bodhisattva's motion, and several symbolic gestures of Christ: such as spreading out two hands, holding a cross, pointing at the sky, which has some non-secular meaning, not acting, but having to do so, is the most unnatural. The most natural, the simplest, the easiest, the heaviest style, you can not praise it, nor can you criticize it, it is such a primitive look, people can only indulge in it, but can not systematically praise it.

Mona Lisa is Leonardo Da Vinci's favorite work. The author kept it by his side all his life. It was not until the death of Leonardo Da Vinci that King Francis I of France used 12,000 rifles to buy it from his disciples. Since then, the work has been collected in the Louvre, France. 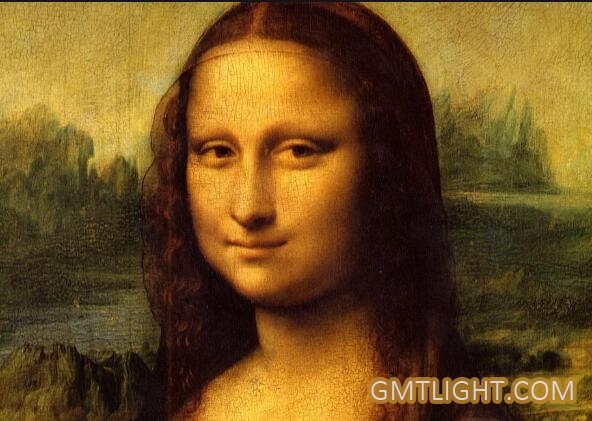 Mona Lisa has transcended national boundaries. She is the cultural heritage of all mankind.  Mr Niu，At gmtlight.