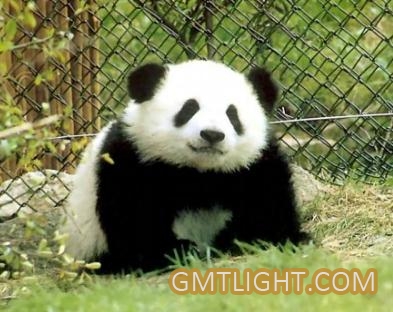 During World War II, the giant panda Ming of London Zoo became a wartime hero in the eyes of Londoners because of its calm and free play under the bombing of German planes. At the height of the war, newspapers were still reporting on Ming's life. Ming died at the end of 1944. " Her die was without regret because she brought happiness to hundreds of people," the Times obituary said.

Let's take a read at the process in which giant pandas are recognized by people all over the world.

Baoxing County is located in the northwest of Sichuan Province, China. Its mountains overlap, rivers and springs are beautiful, trees are towering, and the scenery is pleasant in all seasons. It is located in the transition zone from basin to plateau. There are nearly a quarter of all animal species in China, many of which are rare birds and exotic animals. From 1862 to 1874, French missionary Armand David arrived in Baoxing from Shanghai as the fourth generation priest of the local church.

In the spring of 1869, David passed a family named Li on his way. Suddenly, a strange black and white animal skin hanging on the wall attracted David deeply. The owner told him that the local people called the animal "white bear", "flower bear" or "bamboo bear". It was gentle and generally harmless. David was so excited that he estimated that the animal would be "an interesting new species in science" and that the discovery would fill a gap in animal research in the world. To get this strange animal, David hired 20 local hunters to do it. 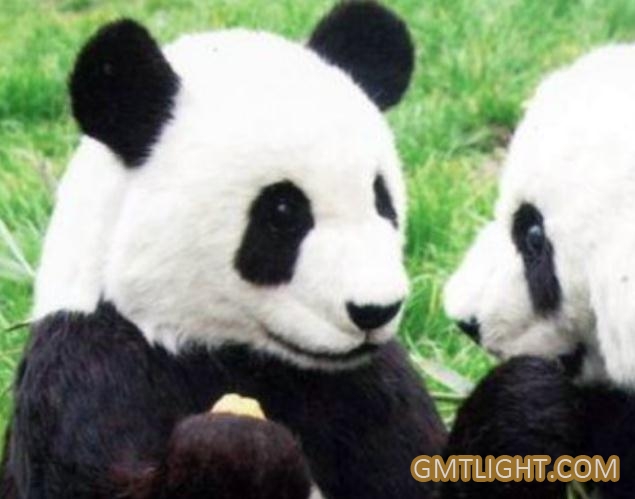 On March 23, 1869, the hunters brought in the first little white bear. Unfortunately, they killed it for ease of carrying.

The National Museum of Paris, France, exhibited this animal skin. After a thorough study by Museum Director Miller Edwards, it was considered that it was neither a panda nor a panda, but another large panda similar to the one found in Tibet, China. It was officially named "Panda".

In 1939, an exhibition of animal specimens was held at Pingming Zoo in Chongqing. Among them, "panda" specimens attracted the most attention of the audience. Its signboards adopt popular international writing formats, indicating Chinese and Latin respectively. Over time, people used to call it as "panda". A newspaper in Taiwan once wrote an article to correct the name of "panda", but the people have become accustomed to it. Instead, they feel that "panda" is not so smooth. From then on, the modern name "giant panda" was born! David became the first foreigner to introduce China's Baoxing giant panda to the western world.

The discovery of giant pandas has caused a sensation in the western world. Since then, batches of Western explorers, hunters and museum specimens collectors have come to giant panda production areas to try to uncover the mystery of giant pandas and hunt for this rare animal. These include Theodore Roosevelt and Khmet Roosevelt, two sons of President Roosevelt. The two brothers first went to Baoxing County where David found the giant panda, and got nothing. Then they went to Daliangshan. In Yuexi County, they shot and killed a giant panda and took it back to the United States as a specimen.

Later, explorers from Germany, Britain and other countries hunted giant pandas and bought more from Chinese hunters. For a time, many museums in western countries had panda specimens. But they never caught a live giant panda.

Sixty-seven years after Father David discovered the giant panda, Ruth Hackles, a 35-year-old New York fashion designer, married in 1936. Her husband, William Huckles, was a fanatical explorer who went to China two weeks after his marriage to search for giant pandas. However, William died in Shanghai before he reached the panda producing area. Ruth, determined to fulfill her husband's legacy, set off for China in April 1936, two months after her husband's death.

Ruth's expedition consisted of only two people - she and 25-year-old Chinese-American Quentin Yang. They traveled upstream from Shanghai to Chengdu in small wooden boats, then entered Wenchuan, looking for giant pandas in the old forests of deep mountains and setting up traps for hunting. On November 9, 1936, when Yang Tingkun caught a furry animal from a tree cave and handed it to Ruth, who had been numb with cold, she could hardly believe that it was the giant panda that Westerners had dreamed of for more than half a century. Ruth thought the little creature, which weighed less than three pounds, was a female (later proved to be a male). He named it "Su Lin" after Yang Quentin's wife. Luckily, Ruth took Su Lin back to Chengdu quickly and flew to Shanghai.

Although Westerners have been searching for giant pandas for more than half a century and know that they are endangered and rare animals, until then, the Chinese had little knowledge of them.

After fierce competition, the Brookfield Zoo in Chicago got Sullin. People flooded here, reaching 40,000 people a day at most, surpassing the zoo's highest entry record. Su Lin's every action has become the news of the newspaper. Businessmen are rushing to produce panda image products. Fashionable girls parade through the market in giant panda swimsuits. Even a cocktail is named after the giant panda. The stories of Ruth and Su Lin became best sellers and moved onto the screen.

Unfortunately, Su Lin only lived for one year and was permanently displayed as a specimen. Su Lin's appearance has brought pandas from museums to the public. It is not only rare, but also cute. It has become an animal star all over the world for a while.

Giant pandas brought valuable joy to the British during the War 2.

“Due to the limitation of historical conditions at that time and the chaos of the country, some human actions were regrettable. But the understanding of giant pandas has been raised to a new level, which has laid a foundation for the systematic research, protection and breeding of giant pandas in New China.”Mr Niu，at gmtlight.