Potala Palace - the highest palace and city squear in the world 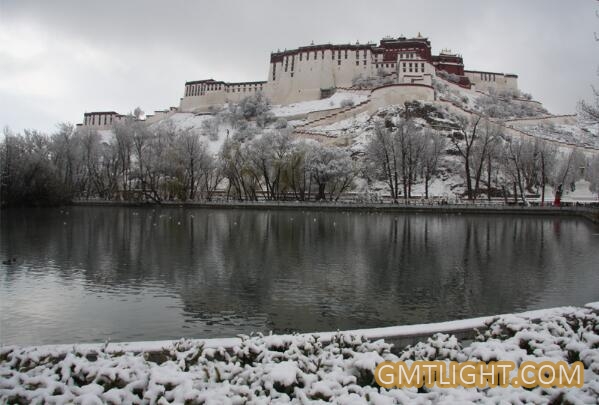 The Potala Palace (Tibetan Language: Tiao Tiao) is situated in Maburi Mountain, northwest of Lhasa, the capital of Tibet Autonomous Region of China. It is the world's highest elevation magnificent building with palaces, castles and temples in one. It is also the largest and most complete ancient castle complex in Tibet.

The Potala Palace is built on the hill and the buildings are overlapping. It is an outstanding representative of the Tibetan ancient architecture. The essence of the ancient Chinese architecture is the landscape pattern of fifth sets of banknotes on the back of the 50 yuan. The main building is divided into two parts: the White House and the Red Palace. The palace is more than 200 meters high with 13 floors in appearance and 9 floors in interior. In front of the Potala Palace is the Potala Palace Square, which is the highest city square in the world. 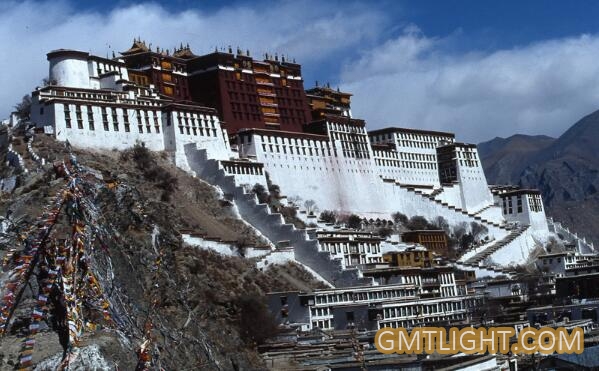 The Potala Palace is a holy place of Tibetan Buddhism, where numerous pilgrims and tourists come every year. In March 1961, the State Council ranked it as the first batch of key national cultural relics protection units; in December 1994, UNESCO ranked it as a world cultural heritage; in January 2013, the National Tourism Administration ranked it as a national AAAAA-level tourist attraction. From November 1, 2018 to March 15, 2019, the Potala Palace will be visited free of charge. 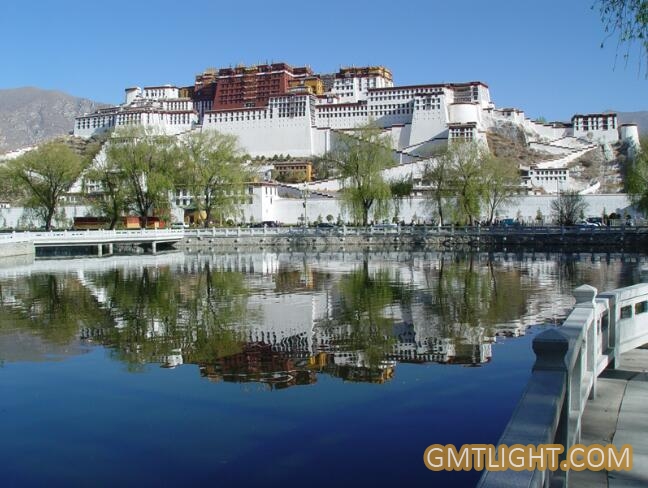 The East and west sides of the main building of the Potala Palace extend downwards, and connect with the tall Palace walls. The palace wall is 6 metres high.

It is 4.4 meters wide at the bottom and 2.8 meters wide at the top. It is built with rammed earth and enclosed with masonry. On the east, South and west sides of the wall there is a three-storey gate building, and on the southeast and northwest corner there is also a corner building. The palace wall encloses the entire area of the Potala Palace.

The Piedmont part of the palace wall is called "Snow City", which distributes offices of the former Tibetan government, such as courts, schools of classics and Tibetan army headquarters. In addition, there are workshops, stables, water supply, warehouses, prisons and other palace auxiliary facilities are also located here.

On the right side of Red Hill is Medicine King Mountain, on which there is a Tibetan Medical College built in the 17th century.

The White House is surrounded by the fortified castles of Xiamen, Jiebu, Yujing and Danma, which were rebuilt in the form of early palace castles during the Dalai Lama V period.

Potala Palace, is really worthy to have a look.