What Kind Of Food There Is In UK?

We will not comment on the fact that Britain is leaving Europe. Let's take a look at what the British eat, which is the concern of many Chinese foodies. 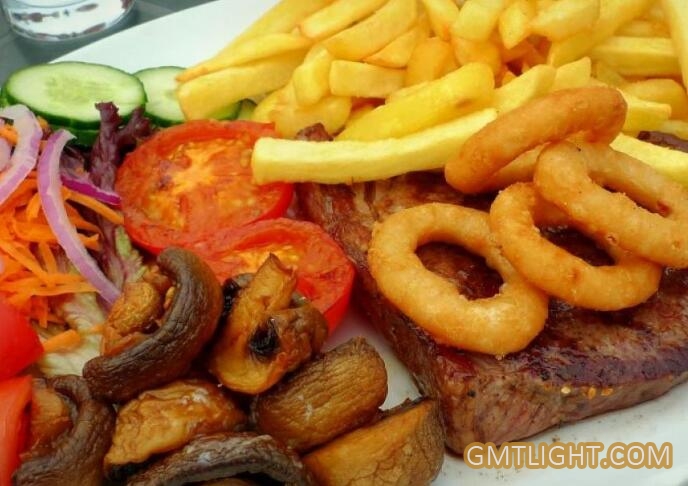 Every country has its own food. Western food is not as rich and colorful as Chinese food, but western food also has incomparable factors. Mr. Niu of gmtlight especially likes the roast beef and potatoes of Western food; Chinese food seems to be less coveted. Let's see what kind of food there is in the UK.

British people generally prefer cooking methods: stew, barbecue, fry and fry in shallow oil. It has a unique way to cook meat, seafood and Wild food; it has a special preference for beef, such as barbecue beef, which is not only accompanied by seasonal vegetables and baked potatoes, but also a little mustard on the steak; it likes cream and wine on the use of seasoning; it likes fresh spices such as meat and cinnamon on the spices.

British people are very fastidious about breakfast. There are many kinds of meals in British restaurants, including juice, fruit, eggs, meat, porridge, bread, jam and coffee. The popular afternoon tea is also spread from England. Its more famous is Victoria style, which includes all kinds of snacks, muffins, fruit tarts and sandwiches. Dinner is also the most important part of daily life for British people. They usually choose a late meal time, and they all eat, drink and chat to promote the friendship between diners. A dinner may take several hours for them. 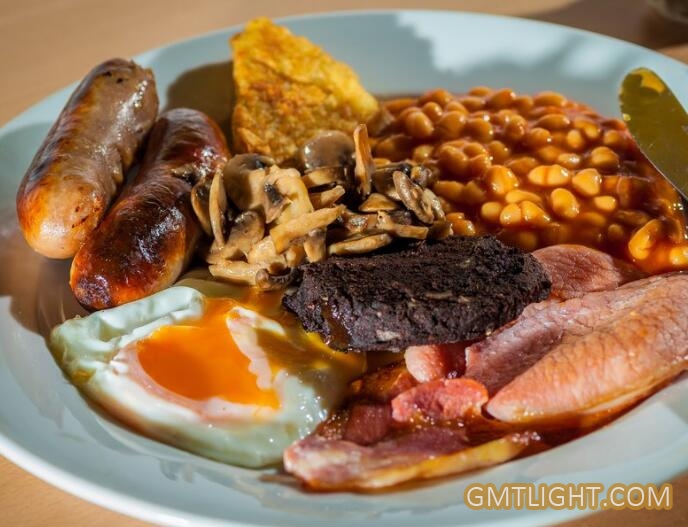 This is a typical British dish. It's made by roasting large pieces of raw beef with oil in the oven. Just like fried steak, when you order this dish, the waiter will ask if you like some raw or cooked. The prepared beef can be served with Western mustard sauce, and Yorkshire pudding is also famous for its side dishes.

This is the "McDonald's" in Britain. It's a cheap and convenient food. Fried fish are mostly plaice or cod. They are eaten with French fries dipped in salt or vinegar (many British people use both), which is very popular with ordinary people.

There is a well-known tradition in British Society - afternoon tea party. Victoria sponge cake is a classic must for British afternoon tea. It's named after Queen Victoria's favorite sponge cake recipe (a layer of cream and a layer of jam).

Bitter beer is the most representative beer in England. It originated in the 18th century. At first, it was used as a substitute of British traditional malt wine. The main feature of bitter beer is its low alcohol degree, which is supplied by cellaring temperature and can be fermented in a few days. In the 20th century, in order to enjoy greater discounts, many bars became exclusive stores of specific winery products. With its rapid production cycle, bitter beer has undoubtedly become the best way for winery operators to improve beer supply efficiency.

Eaton mace is a dessert made of strawberries, cream and pastry. It originated from the noble school of Eaton in Windsor. One is that in 1796, Eton school and its old rival Winchester first met on a narrow road in cricket, and Eaton mace appeared on the table at that time. Another version is in 1920, on the opening day of Eton public school, a Labrador dog sat on the owner's picnic blanket, flattened the owner's strawberry custard and created Eaton mace. Dessert Eaton mace has become synonymous with summer in England.

Supplied by Ms Li in gmtlight.