Jack Ma Talked About Blockchain: blockchain is not bubble, bitcoin is

Jack Ma Talked about Blockchain: blockchain is not bubble, bitcoin is with bubble.

Overnight, the blockchain industry ushered in the spring, while driving the relevant concept stocks and virtual currencies to soar. 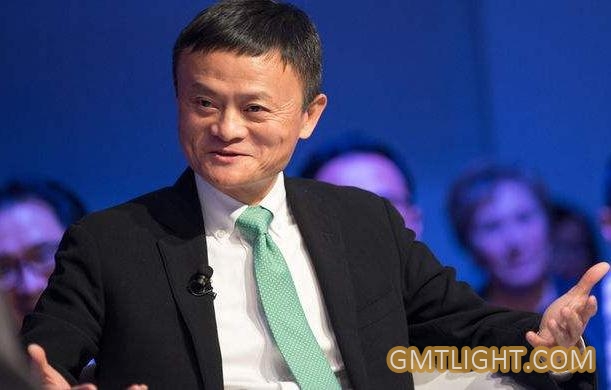 The blockchain industry is favored. The virtual money market is launched first, and the currency circle is full of revelry. However, experts say that the development of blockchain is not the recognition of speculation.

Experts stressed that this is not the "spring" of virtual currency

On the afternoon of October 24, Chinese leaders conducted the 18th collective learning on the current situation and trend of blockchain technology development.

Xiao SA, director of the Law Research Association of the Bank of China, said, "blockchain technology has broad prospects, and we recognize that this technology will have a significant impact on the traditional world." However, in the face of the fanatical atmosphere in the currency circle, he reminded that "the benefits of blockchain technology do not mean the recognition of ICO and disguised currency issuance. Please also watch carefully and do not follow blindly."

The government emphasizes the integrated application of blockchain technology and its combination with industry to drive the development and innovation of industry. The short-term rise of bitcoin price is just a short-term overreaction, not the essence of blockchain industry development emphasized by the government. The short-term rise of bitcoin price is the response of bitcoin stock fund to news, especially the stock fund of China's virtual currency investors, which does not reflect the emotional response of the world's virtual currency investors or the incremental fund.

Luo Mei said, "for the understanding of blockchain technology, we should not only look at the current, but also look at the long-term, both domestic and global, which is a very important technology that will make breakthroughs in the future. With the support of a series of policies, blockchain technology can be deeply integrated with our current industry. In the long run, it will help our economic development. "

Jack Ma talked about block chain: block chain is not bubble, bitcoin is.

As we all know, due to the great volatility of bitcoin, many celebrities are not optimistic about it. For example, Paul Krugman, winner of the Nobel Prize in economics, said that it is not wise to be crazy about bitcoin, and Warren Buffett, the God of stocks, said that bitcoin is a "fantasy".

Although bitcoin is not popular, the blockchain technology related to bitcoin is highly sought after. What's Ma Yun's opinion? Jack Ma has said that the block chain is not a bubble, bitcoin is. Moreover, blockchain is not a gold mine, and it can not become rich overnight. Blockchain must solve social problems, and it is a technology to solve privacy and credit problems.

How does it empower the real economy and finance?

Blockchain is so hot. Do you know what it is?

First, data is recorded by all nodes of the system. All nodes do not need to belong to the same organization or trust each other. Second, data is stored by all nodes together, and each participating node can get a copy of a complete record.

In terms of bookkeeping, blockchain does not need to rely on a central organization to be responsible for bookkeeping, and nodes compete for bookkeeping rights fairly through calculation power or rights and interests, which is actually one of the biggest differences between blockchain and traditional databases. Through the "whole network witness", all transaction information will be "truthfully recorded", and this account book will be unique.

In terms of storage, because every node in the network has a complete copy of the blockchain, even if some nodes are attacked or make mistakes, the normal operation of the whole network will not be affected.

It is basically impossible to forge or tamper with accounts in the blockchain, which also means high consistency and security of data.

Wide range: blockchain technology can widely serve the fields of Finance and real economy. Almost all industries are involved in transactions, which need a credible trading environment as the prerequisite for the healthy development of the industry. Blockchain creates trust through mathematical principles rather than third-party intermediaries, which can reduce the maintenance cost of the system.

Cross subject: different from the popular view that blockchain will impact the existing business logic and environment, Evergrande Research Institute believes that blockchain technology is more suitable for landing in the scene of long value chain, complex communication links and game behavior between nodes, which is the upgrading of traditional information technology and the optimization of the existing business environment rather than subversion.

“I fully agree with Jack Ma. I think that blockchain is an industry, a technology and a way of thinking, just like the Internet. If the blockchain is understood as bitcoin, it is a big mistake.” gmtlight, Mr Niu.