Drinking Beer At Work In Germany

In China, if you drink half a bottle of beer to drive, the police will punish you for driving with alcohol.

If having chances to drink a cup of beer with the Great Woman, that is really great!

In Germany, beer is not wine, which is the category of Germanic people. In a standard German company, there will always be a decent staff restaurant, or a refrigerator or freezer for drinks, with various kinds of beer in it. Drinking these drinks at work is not considered inappropriate.

Germany regards beer drinking as a "required course" every day. There are many pubs, taverns and inns in a small town, like stars in the sky, which supply the freshest beer in the world. There are more than 3000 beer halls in Munich, Germany, with a population of about 1 million.

A litre of beer in Germany is a man of moderation.

Everyone who steps into a pub orders at least half a liter of beer, as do women, but the most common one is one liter. So "one liter" is a "unit of measurement" in Munich and Bavaria as a whole. There is also a local proverb that "drink one liter a day in moderation, and health is better than immortals".

Germans don't just drink beer at mealtimes, almost anytime, anywhere. There are almost "beer parks" all over Germany. As soon as the sun appears, people flock to beer parks to enjoy the nature.

"Simply Speaking, the Germans drink beer just like we drink tea. Or, as casual as we drink boiled water. If you have a chance, you must go to Germany and drink a liter of fresh beer. " gmtlight, Mr. Niu，“I Suggest to Use LED flashing beer mug to drinking beer in Germany, Isn't it to make perfection still more perfect，joking，they already use it.” 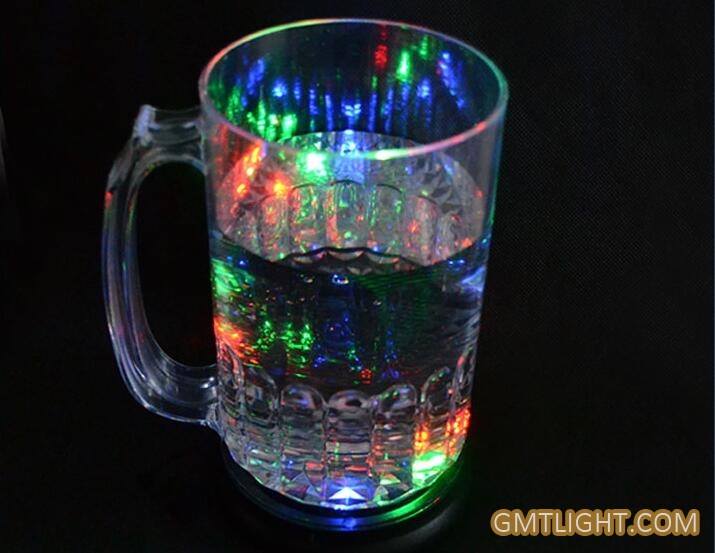