"Carbon dioxide compression system" is a unique technology of Heineken

"Carbon dioxide compression system" is a unique technology of Heineken. 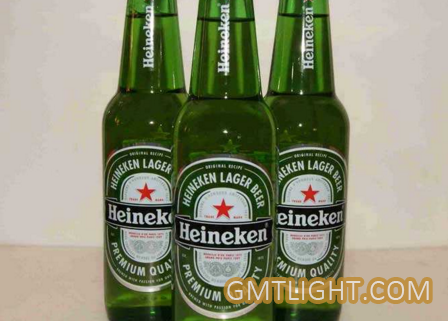 "More than a decade ago, I visited Heineken Beer Headquarters in the Netherlands, where you can taste world-class beer, the freshest beer. It's hard to forget that there are rows of tall horses, "said Mr. Niu, CEO of gmtlight.

Heineken Beer is a Dutch brewing company founded in Amsterdam in 1863 by Gerald Adrian Heinegan. It is a great beer company.

Heineken is a kind of beer brewed mainly from snake seed. It tastes smooth and glycol and does not contain bitter and astringent taste. In order to improve competitiveness, Heineken beer has introduced a new packaging, which not only adds a young vitality, but also has a cool personality, which is the life personality that the younger generation has and pursues nowadays. Heineken Beer has become the most popular drink in bars and entertainment venues because of its youthful and international image.

Heili Tiejingang is an aluminium cylinder with a green round plastic valve at the top. The cans are filled with 5 litres of fresh draft beer, equivalent to the total volume of 20 cans of ordinary beer. Unlike ordinary beer products, when they are filled with carbon dioxide when they are sealed, a "carbon dioxide compression system" is added to the "iron Kong Kong" body. only when the pot is opened, will the system open simultaneously and release carbon dioxide. On the one hand, it will produce bubbles immediately with the mixture of wine and liquor. On the one hand, the liquor will be made with the help of gas. Press out the jar. If you can't finish drinking, close the valve and suspend the mixing of carbon dioxide and liquor at the same time. In this way, it can be kept in the refrigerator for about one month after opening. It is understood that this "carbon dioxide compression system" is Heineken's unique technology, which is different from the ordinary large package of beer "fresh-keeping package".