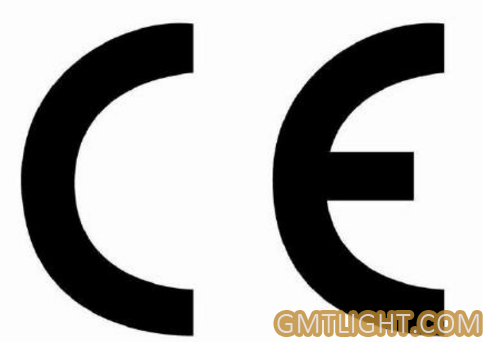 "All products imported into Europe need a CE logo. "gmtlight is responsible for product safety affairs Mr. Lu said," CE is a safety qualified mark, not a quality qualified mark.

The "CE" sign is a safety certification mark, which is regarded as a pass for manufacturers to open and enter the European market. CE stands for European Unity (ConFORMITE EUROPEENNE).

The "CE" sign in the EU market is a compulsory certification mark. If the products produced by enterprises within the EU or those produced by other countries want to circulate freely in the EU market, they must be affixed with the "CE" sign to show that the products meet the basic requirements of the EU Directive "New Approach to Technology Coordination and Standardization". This is a mandatory requirement of EU law for products.

CE is the abbreviation of French, which means "European Conformity" in English. In fact, CE is also the abbreviation of the phrase "European Community" in many EC languages. It was originally abbreviated as EC by the English phrase EUROPEAN COMMUNITY. Later, because the EC is COMMUNATE EUROPEIA in French, COMUNITA EUROPEA in Italian, COMUNIDADE EUROPEIA in Portuguese, COMUNIDADE EUROPEIA in Spanish and so on. Therefore, EC was changed to CE. Of course, CE may also be regarded as ConFORMITY WITH EUROPEAN (DEMAND) (in line with European requirements), constituting the "main requirements" of the core of the European Directive.

(1) Declaration of conformity/Declaration of compliance issued by enterprises independently belongs to self-declaration and should not be issued by third-party agencies (intermediaries or test certification bodies). Therefore, it can be replaced by the EU-format Enterprise Conformity Statement.

(3) EC Attestation of conformity Certificate of Conformity of EU Standards, which is a certificate issued by Notified Body (abbreviated as NB). According to EU regulations, only NB is eligible to issue the CE declaration of EC Type.

"CE is the basic requirement of product safety. If it does not meet CE standards, it can not be sold to the European market," Mr. Lu said.