"Mysterious Radio Signals in the Deep Universe" Detected by FAST

What is FAST? It's Five-hundred-meter Aperture Spherical Telescope. 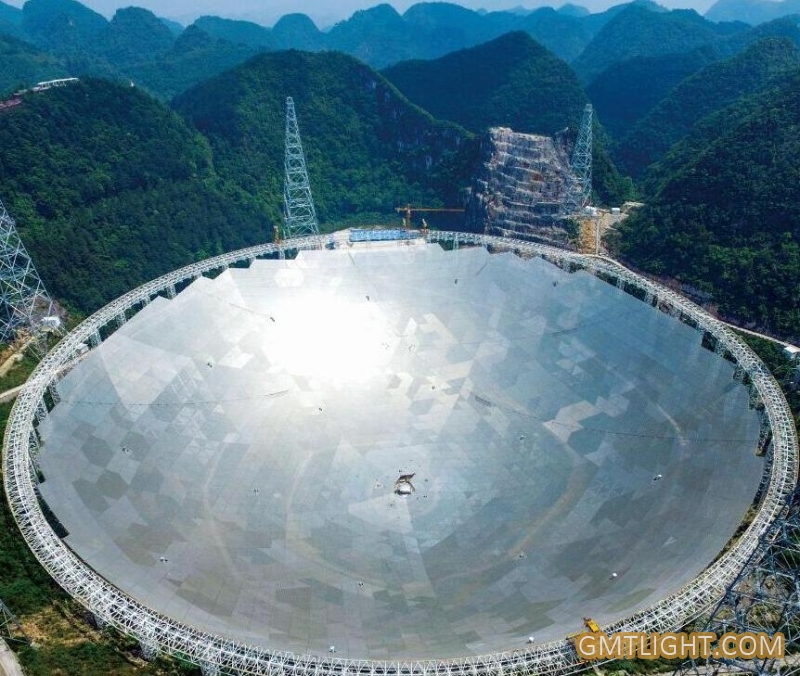 On September 4, the FAST Project Department of the National Astronomical Observatory of the Chinese Academy of Sciences (CAS) said that FAST had detected for the first time a repetitive burst of fast radio storms, capturing the largest number of pulses known in the world. Scientists say that the "mysterious radio signal in the deep universe" is about 3 billion light-years away from the Earth, and interference factors such as aircraft and satellites have been excluded. Follow-up cross-validation is under way.

As a newly developed net red in astronomy in recent years, fast radio burst is a newly discovered celestial body. So far, there is no reasonable explanation about the origin of fast radio burst in the international scientific community. It was not until 2007 that the first rapid radio storm was discovered. So far, less than 100 fast radio storms have been published worldwide. Usually, rapid radio storms appear once and then disappear, mysterious and unpredictable. In 2015, the Arecibo Telescope first detected a repetitive burst of the fast radio storm FRB121002. According to data analysis, the signal source is located in a dwarf galaxy about 3 billion light-years away from Earth.

Mr liu, Technique Manager of gmtlight, he said,"Are signals from civilizations other than human beings? If there are other civilizations, is it good or bad for the earth? Hawking warned us not to provoke aliens. Is that right?"

Zhang Xinxinxin, an assistant engineer at the National Observatory of the Chinese Academy of Sciences, said that it was FRB121102 that was detected by FAST using real-time detection terminals. In order to capture FRB121102, a fast radio storm terminal installed on a 19-beam receiver has been searching for more than a month. On the morning of August 30, 2019, Beijing Time, FAST first detected real-time pulses from FRB121002. The FAST engineering team immediately adjusted its work plan to ensure follow-up observations of FRB121102. Since then, FAST has detected dozens of pulses from FRB121102 every day for several days, and detected more than 20 pulses on the third day alone. FAST captures a large number of high signal-to-noise ratio (SNR) pulses accumulatively, and the number of detected pulses is the largest known at present. At present, cross-validation and further processing of data are still in progress.