According to Lushan Chronicle, this magical light was discovered more than a thousand years ago, but at that time it could only be passed on as a myth. Since the earliest Buddhist lamp appeared under the platform of Manjusri in Tianchi Mountain, the ancients thought it was the light of Manjusri Bodhisattva. 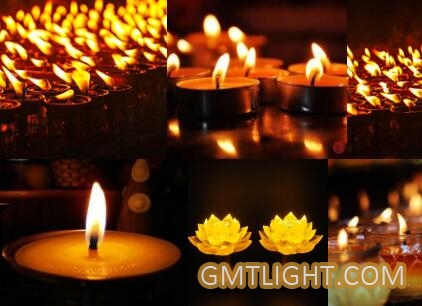 In the Southern Song Dynasty, Tianchi Temple was built on Tianchi Mountain. When the poet Zhou Bida visited the mountain, he came to the temple for lodging. At night, he saw a lot of lights flickering like stars on the mountainside. He will recount this rare scene, the lights "flicker and clutch, or in the south of the Yangtze River, or in the near mountains, the higher half of the sky, the lower swept the ground". "Tianchi Buddhist Lamp" has been officially recorded since then. 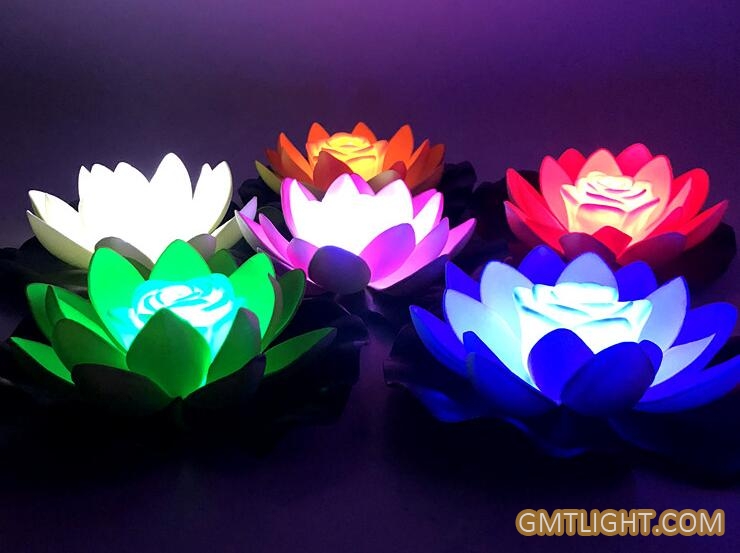 The most reliable one is Wang Shouren, a scholar of the Ming Dynasty more than 500 years ago, who saw the Buddhist lamp while staying in Tianchi Temple.

This is just some records. In fact, people's understanding of the Buddha Lamp is obscure and mysterious all the time. Maybe it should have been mysterious.

gmtlight has a man-made Buddhist lamp, called LED lotus lamp, which can be used in outdoor environments such as rivers, lakes and so on. 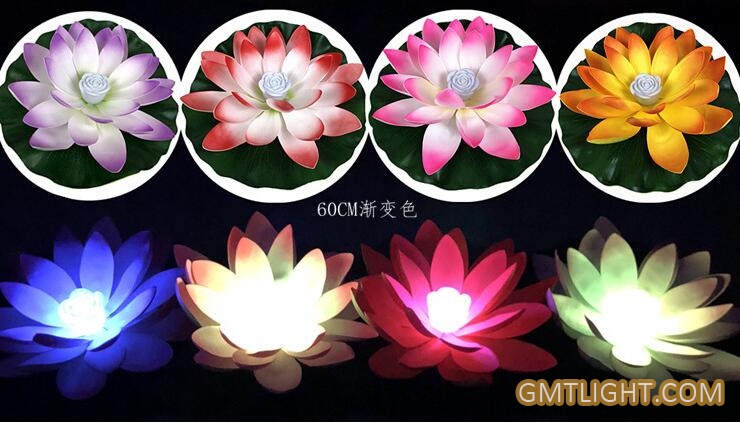 This lotus lamp has a diameter of 18 cm, 28 cm, 40 cm, 60 cm, built-in multi-color LED lamp, white, red, yellow, green, blue, discoloration and so on, and high capacity button batteries. The soft style of the lamp is guaranteed by using environmental protection EVA material outside.

The lotus throne is a Buddhist household product, and the LED lotus lamp is made by imitating Buddhist light, which has the meaning of auspicious and satisfactory.