This will greatly reduce the pressure of work and life

If you are a responsible person, you will certainly bear certain pressure in life and work. Everyone is working for more than one third of the time. After a day's work, they are exhausted. After work, we should also consider money, health, children and other issues. Some people have high expectations for life, high requirements for life and work in competitive industries. As a result, the workplace pressure can not be avoided, but can be relieved in the following ways.

1. Daily work should be specific and clear

Generally, people who are prone to depression have what is called "too broad memory", that is to say, they tend to remember and think things in vague and broad descriptions rather than in specific and precise ways. For example, instead of thinking "I have a lot of work to do", we should try to be specific, which can be adjusted to "I want to write 2000 word articles". The advantage of concretization is that it makes the task feasible. "Writing 1000 words" is quantifiable and operable, while "a lot of work" is abstract and vague, which will "fuel" anxiety. So when you are busy, describe your work tasks in detail to avoid broad ambiguity.

2. Turn large tasks into small steps, and any large project needs to be completed step by step.

The doctor told you to drink eight glasses of water every day. Let's imagine how you can accomplish the task of drinking water in the next 50 years. If you put 146000 glasses of water in front of you at once, you will feel difficult to accomplish. But if you set up to drink a glass of water every hour, it's easy to do. Similarly, if the work task is broken down into small steps, one step at a time, the pressure will be reduced.

3. Do one thing at a time，One heart and one mind

Focus on one thing for a while, and then start another task. Attention deficit disorder patients from time to time come up with new ideas, new ideas, when doing things, it is also "East and west", which is likely to achieve nothing. Remember, doing only one thing at a time can effectively reduce stress.

People who have objective and realistic expectations about their performance are more able to withstand pressure than those who want to be 100% perfect. A comparative study of perfectionists and contented people found that perfectionists who always pursue the best results are more dissatisfied, hesitant and regretful. Reducing expectations from "perfect" to "satisfactory" does not increase unnecessary pressure.

5. I believe that the ability will be improved, and everyone's ability is growing.

One of the stressors of most people is that their ability is like this, and there is no room for improvement and hard work. Research shows that if one thinks that one's ability can't be improved, one will believe in "life" and feel that hard work and persistence are useless. And if a person believes that his ability will continue to improve, he will take the time to learn new skills and actively solve problems, rather than whirling around in a whirlpool of anxiety.

When a person gives too much meaning to a task, the pressure is even greater. For example, a young man thinks that if he can't complete the project to the satisfaction of his boss, he will lose his job and can't look up in front of his family and friends. In fact, you don't need to pay so much attention to work. In addition to work, there are many good things worth pursuing in life. Especially after a period of time, when you look back, you will find that the stressful work tasks at that time are actually nothing. Looking at the work objectively and reducing the pressure will help to concentrate and carry out the work better. 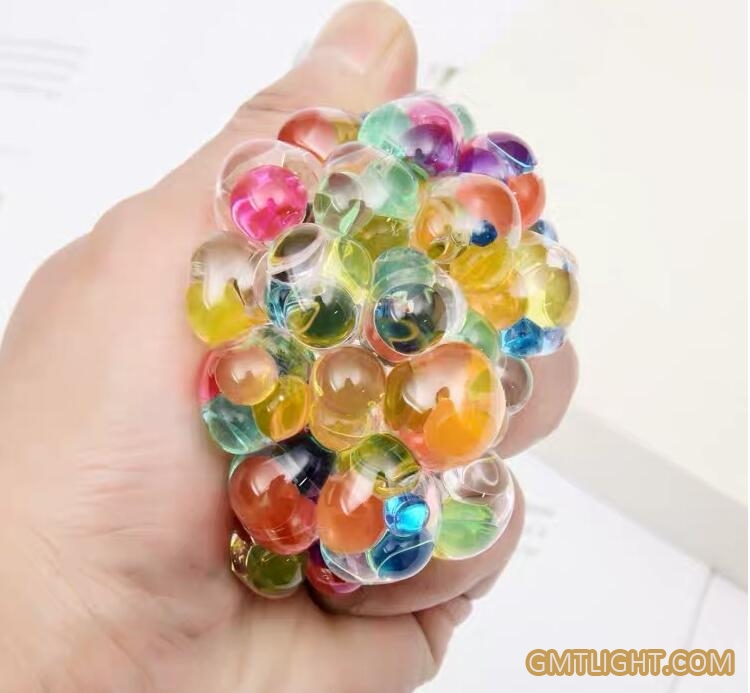 8. Most Pressure are from yourself, and to reduce the pressure by yourself too. Place one or two pressure reducing toys around, such as venting luminous grape ball and other items.