Coming In! Eat Dumpling Together! 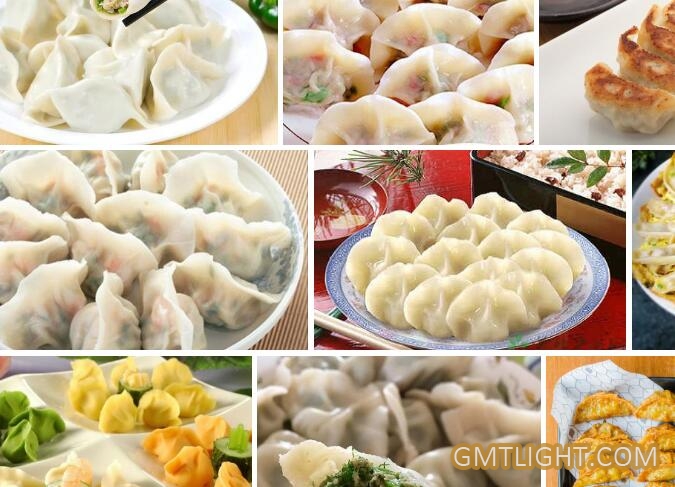 Dumplings are a kind of folk food with a long history. Eating dumplings is also a folk tradition unique to the Chinese during the Spring Festival. Because of the meaning of "New Age Coming", it is very popular among the people. Folks have the saying "good to eat but dumplings." At the Spring Festival, dumplings have become an indispensable dish. Among the folk customs in many parts of China, the New Year’s Eve is a big feast that cannot be replaced by any delicious foods.  In addition to the northern dumplings as a holiday food, southerners also eat dumplings on certain occasions. Dumplings originated from the era of Zhang Zhongjing. The name "dumplings" is also known as "communication" or "jiaoer". It is the meaning of the old and the new, and it is also the meaning of the ancients. It is a feast that must be eaten. Otherwise, the gods will Remove your name from the world, and when you die, you will become a ghostless. You think about how much our ancestors paid attention to! In any case, you have to eat a dumpling on New Year's Eve to get rid of one year's suffocation. People from afar will go to the countryside and go hometown to eat dumplings during the winter festival to show that they have a successful past year.

Dumplings are essential for the Northerners’ dinner table. Mainly in most parts of China, making dumplings and eating dumplings has become an important activity for most families to celebrate New Year's Eve. As the saying goes: "No matter how cold, eat dumplings for the New Year." Chinese New Year is the most grand festival of Chinese people every year. In order to face a good coming year, when the old farmer entered the threshold of the twelfth lunar month, began to busy for the New Year. From the twelfth lunar month, commonly known as the "small year", it has entered the countdown of the New Year, the lanterns, the couplets, the cleaning of the courtyard, ready to meet distant relatives, and a reunion year. In the north, on the evening of the New Year's Eve, the most important activity is to make dumplings together with the whole family.

According to the literature, the custom of eating dumplings during the Spring Festival has already appeared in the Ming Dynasty. Of particular note is that in the Qing Dynasty, this custom has been very extensive and has been fixed. This custom has something to do with the ancient Chinese timekeeping method. In ancient China, the twelve earthly branches were used to record the time of each day. they divide each day into twelve time periods. Then when it starts every day, it is equivalent to twenty-three to one-night in the middle of the night. Then at the end of each year, it's thirty, It is not only the replacement of the old and the new, but the replacement of the new and the old. The Chinese call it "the Jiaozi." The Chinese pay great attention to the boundaries, especially the boundary of resigning the old and welcoming the new. At this time, we should engage in some rituals to pray for the good luck of the coming year. Then at this time, eating dumplings, and this "communication" are just homophonic. There is also a rich cultural implication of auspiciousness, so the talents of the North China are slowly forming, during the Spring Festival and the beginning of the New Year.

First, at this moment of the Jiaozi, eating dumplings is such a custom. For the Chinese who admire the family, on the New Year's Eve, the snow outside the window is silent, the lights inside the house are warm, and the pot is steaming. Put all the thoughts and blessings into the thin dumpling skin! The red-hot flames are boiling, and the more they cook, the more they feel. With the old firecrackers and the dumplings, they also have a good expectation for the coming year. At the beginning of the first day of the first month of the lunar calendar, eating dumplings means "more old-fashioned children", "happy reunion" and "good luck".

Going out to eat dumplings is the meaning of reunion, taking the meaning of reunion, and also hopes to return soon. There is a custom in northern China. During the holidays, we welcome friends, and we must always eat dumplings. Especially on the New Year's Day, the whole family worshipped the year, so they sat together and chatted while making dumplings. They talked about everything from time to time, and they laughed and laughed from time to time. "Dumplings are loved by everyone, and the annual meal is especially delicious." When people eat this dumpling that tastes delicious, if you know some of its origins, who can not marvel at the long-standing pasta of our ancient civilization!